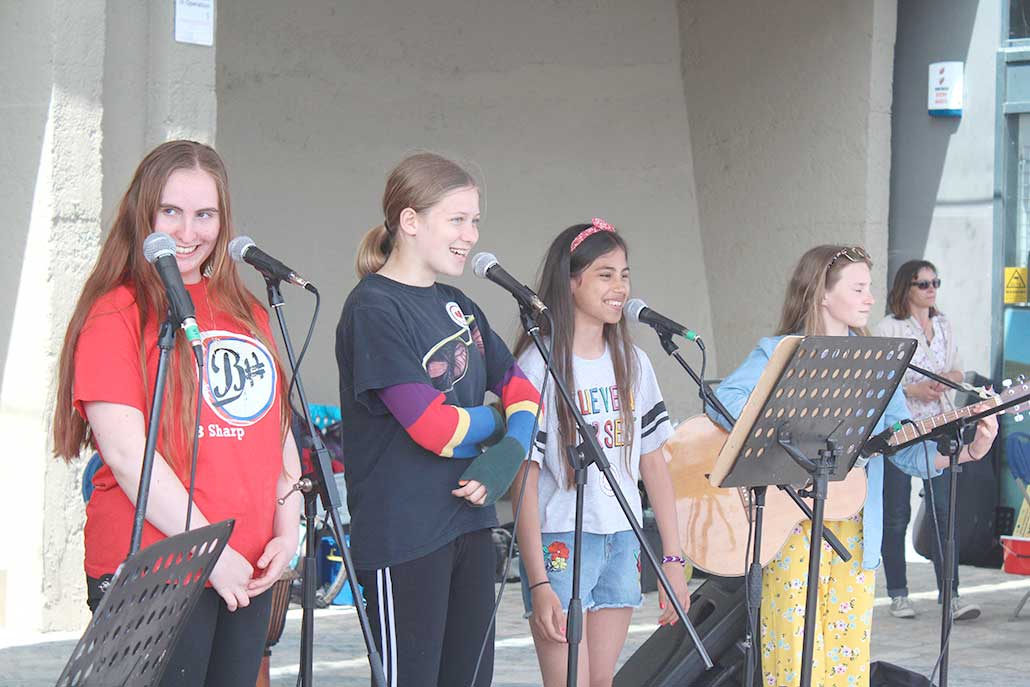 YOUTH music charity B Sharp will be hosting an online version of its annual busking festival this weekend.

The festival was set to go ahead with buskers performing in various locations around the town, but the event has been moved online in light of the coronavirus pandemic.

A special programme of unique musical performances and workshops, featuring B Sharp students, music leaders and local bands will be screened on Saturday, July 4.

There will be interactive music workshops for all ages in the morning and then videos showcasing talented local musicians during the afternoon and early evening.

The videos will be streamed from the B Sharp Facebook event page and YouTube channel. Features to watch out for include:

Ruth Cohen, director of B Sharp said: “I’m excited to see what’s in store during our busking festival this year which is online for the first time.

“These have been challenging times for young people, and it is heart-warming to be able to continue our celebration of young musical talent and to showcase young people’s performance despite the lockdown.

“It’s amazing to see how much effort has gone into adapting and learning new skills to bring us all so much music“.

B Sharp is a small, Lyme Regis-based charity that supports young people to develop their musical and personal skills, including developing their confidence through performing and sharing their music with their community.

The charity relies on donations to continue its valuable work, so if you would like to donate visit https://localgiving.org/charity/bsharp/

Guitars On The Beach to rock Lyme Regis this weekend!

KEITH Richards is said by aides to be “chuffed to bits” that Britain’s largest guitar band is to stage a 50th anniversary tribute to Rolling Stones classic ‘Jumpin’ Jack Flash’ at Guitars On The Beach this weekend (Saturday, June 15). […]

Annual concert for Save the Children

LOCAL Save the Children fundraiser Roy Wootton will host his annual charity concert on Saturday, August 17.  […]

FOLLOWING a sell-out performance at Lyme Folk Weekend, the multi-award winning duo Ninebarrow, otherwise known as Jon Whitley and Jay LaBouchardiere, have announced they will be returning to Lyme Regis for their first concert of the new year. […]