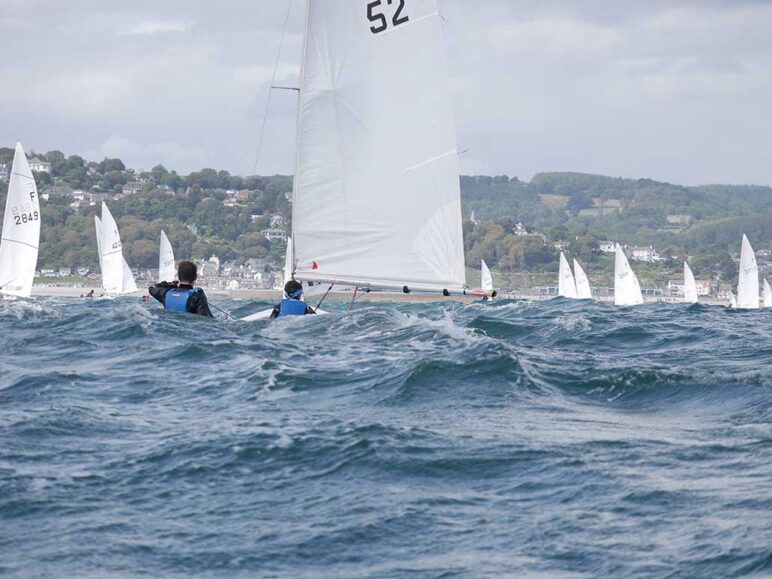 LYME Regis sailors have complained about an above-inflation rise in the fees they pay to Dorset Council.

In response they have been told that they paid a reduced rate for years and, even with the increases, will still be paying much less than members of the public who come to the town to sail.

Lyme Regis Sailing Club commodore Rob Wiscombe told this week’s meeting of Dorset Council’s Harbours Committee that it seemed unfair to burden the club with rises of more than 70%, and almost 30% for Lyme Regis Power Boat Club, when other harbour increases had been less than 5%.

He said he could not understand why Dorset Council was seeking to standardise fees across the county, adding that while he understood the council was under financial pressure, the rises gave no encouragement for the club to provide facilities for local sailors, which it tried to do as cheaply as possible.

“Dorset Council appears to be failing to support local organisations in favour of visitors,” said the commodore in his letter to the committee.

He said the previously, lower fees recognised the club’s ‘special relationship’ with the harbour and the training and facilities it provided for youth training and for physical and mental wellbeing.

“Lyme Regis Sailing Club has always worked to keep sailing costs affordable to avoid elitism so increasing our costs make it difficult for us to remain inclusive,” said the letter.

The commodore said he feared the increases would lead to some people leaving the sport and asked for the costs to the club to be reduced in line with other harbour users.

When the council announced the increases in harbour fees, Harbours Committee chair Mark Roberts said there had been no adverse reaction to the increases and he believed they were set at a competitive rate.

The council response to the commodore’s letter said that the percentage increase quoted in the letter was not over one year, but four, and had risen from a very low, historical base rate.

It was added that even when the full increases were brought in, fees for the club would still be far less than paid by the general public.

“The sailing club will continue to pay around a quarter of that of a visiting boat,” said the council statement.

“Charges for the sailing club have remained comparatively low and will continue to do so.”

The statement said the fees were benchmarked against other south coast harbours and would be reviewed annually to see if there had been any effect on the number of people sailing.

YOUTH sailors who have attended training sessions in Lyme Regis brought their parents and families along on Saturday to enjoy their annual prizegiving before the fireworks and bonfire on the beach. […]

Sailing club looks ahead to centenary year at AGM

DORSET Council has said its strategy to tackle to climate change emergency is “almost ready”. […]