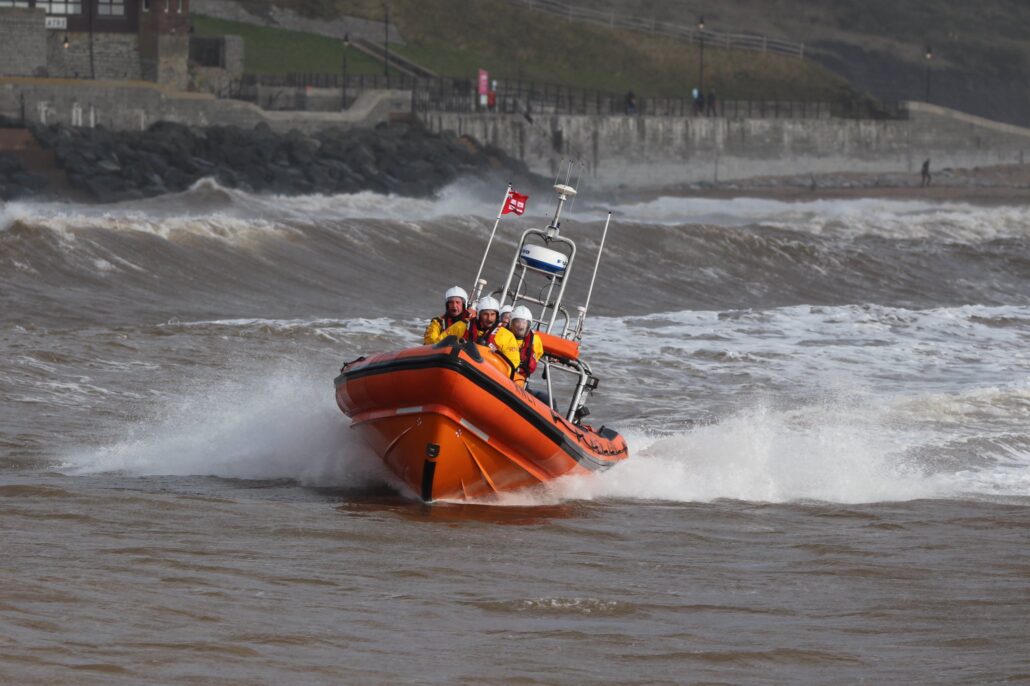 TWO men who were exhausted trying to paddle their broken down inflatable boat were rescued by Lyme Regis lifeboat crew on Friday evening.

The men, whose outboard motor had failed, were attempting to paddle their three-metre boat from Seaton to Sidmouth, from where they had set off earlier.

They were said to be exhausted and soaking wet when the volunteer crew arrived on scene.

The two men were taken aboard the Lyme Regis lifeboat, which then towed the inflatable boat back to Sidmouth.

The men were handed over to the crew of the smaller independent Sidmouth lifeboat and taken to safety ashore.

The Lyme Regis crew were called out again on Saturday evening, following a report of an ‘upturned small boat’ in the Golden Cap area.

The lifeboat crew and a coastguard helicopter searched the area but nothing was found and both were stood down as dusk approached.

Solent coastguards requested the lifeboat to launch at 5.10pm and the crew were at sea for two and a half hours carrying out an extensive search.

AN amber wildfire alert has been issued for the Dorset & Wiltshire Fire and Rescue Service area, which is likely to stay in place into next week. […]

Man dies after car leaves A35 near Charmouth

A MAN has died after a car left the A35 near Charmouth and ended up in woodland 30 metres from the carriageway. […]

Beth calls into lifeboat station on charity trek around UK