A WREATH laying service was held at Lyme Regis war memorial on Thursday morning to mark the 75th anniversary of the D-Day landings.

Led by the Reverend Rosemary Bragg, the service remembered those from Lyme who fought in the Second World War, as well as the American GIs from the 16th Infantry Regiment of the 1st US Infantry Division who were stationed in the town in the run up to D-Day.

The Revered Chris Woodman from Lyme Regis Baptist Church led prayers, and wreaths were laid at the memorial by the Mayor of Lyme Regis, Councillor Brian Larcombe MBE, and the president of the Royal British Legion Lyme Regis branch, Philip Evans MBE.

Mr Evans then delivered the Exhortation and the Last Post was played by Dennis Bye, followed by a two-minute’s silence and the Reveille.

Among those attending the service were several representatives of the Royal British Legion, town councillors and council staff. 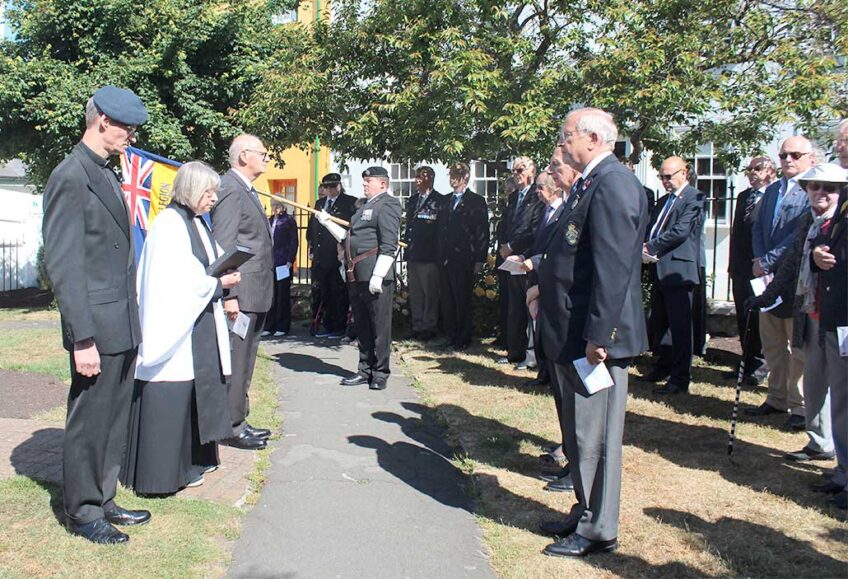 World War One – A Naval Disaster

JUST five months after war was declared its impact was felt in Lyme Regis when the battleship HMS Formidable was sunk in Lyme Bay. […]

Siege of Lyme: Part I

THIS year marks the 375th anniversary of the siege of Lyme and in this three part series, David Ruffle looks back on those momentous events: “Ye rebellious towne”, according to Charles I. […]

LYME Regis Museum is full of curious things and staff and volunteers are often asked ‘how did it get here, who made it, and why is it special?’ […]