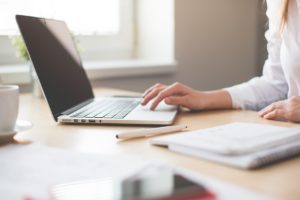 TOURISM website lymeregis.org is to be scrapped by the town council for “efficiency and to save money”.

This contract came to an end in February 2020 and councillors agreed to a one-year extension for a further £6,550 while other options were explored.

Members have now agreed to scrap the site and incorporate more information on the town council website, which was revamped last year and can be managed in-house.

The move comes after the council scrapped its traditional and costly printed holiday guide last year in favour of a “modern marketing strategy”.

At the time, councillors instead agreed to have a third website created, which would include an interactive map and comprehensive directory of local businesses and attractions, aimed at visitors already in the town.

The council contracted Coastline Creative to build this third website, known as the Lyme Regis Discovery Trail, and it was revealed at a recent meeting that this was costing £27,000 – £2,000 more than the last printed holiday guide.

The site is expected to be launched within the next few weeks and members acknowledged this “complicated matters” as they decided how to move forward with their marketing.

Cllr Cheryl Reynolds, a former chairman of the Tourism, Community & Publicity Committee – who was not sitting on the council when the contract for the new website was made – said she could not believe members had agreed to the £27,000 cost.

It was agreed to scrap the lymeregis.org website and to hold a meeting of the Tourism, Community & Publicity Committee meeting to discuss what should be added to the town council website and how to move forward with the Discovery Trail site.

LYME Regis Town Council has refused to cover additional expenses incurred by staff working from home during the coronavirus pandemic. […]

A LOCAL couple who provide fitness lessons for young people and those with mental health issues have been banned from using the playing field in Anning Road, Lyme Regis, for their training.  […]

LYME Regis Town Council’s decision to close the cemetery during the COVID-19 epidemic has been met with backlash.  […]