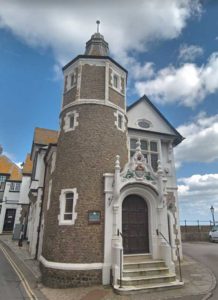 LYME Regis Town Council was questioned over the amount of business it conducts in private at the annual town meeting.

The meeting was held on Friday evening at the Woodmead Halls and was only attended by about 30 people, most of whom were councillors or prospective new councillors standing in the May 2 elections.

A number of residents raised the issue of the council discussing matters in exempt business, when they exclude the press and public.

Talbot Road resident Nigel Ball started the discussion, saying he thought the council could have handled recent negotiations regarding a compensation fee to be paid to the town by the production company of Mary Anning film ‘Ammonite’ in a more open manner, rather than keeping the figure a secret.

Mr Ball added that he would like to see exempt business removed from council agendas wherever possible, and he was grateful that recent discussions over the refurbishment of the Henry’s Way play area were taken out of exempt business and held publicly, allowing residents to comment on the matter.

He later commented: “We need to work together as a team. It’s still not quite working but it’s getting there.”

Resident Nick Gear also questioned why so much council business was discussed in private, and said the film company’s compensation fee should be made public.

Mr Gear also said that information requested by the public was not always provided by the council, and that residents should be given more time to raise issues at council meetings.

The Deputy Mayor of Lyme Regis, Councillor Steve Miller – who was chairing the meeting in the absence of the mayor – said that the council always tried to conduct business in the “most transparent way possible”, but sometimes it was necessary to go into exempt business to discuss “extremely sensitive” financial or staffing matters.

Mr Gear commented: “There’s too much of it going on”

Councillor Miller added that the council always tried to provide information requested by the public.

He later announced that the town council and ‘Ammonite’ film production company had decided to issue a joint statement revealing the compensation figure to be paid to the town, which is expected to be released soon.

Town councillor Stan Williams said that the council recently went into exempt business to discuss someone that owed the authority money.

“We should be telling everyone when someone owes us money, it should be front page headlines,” he added.

Mr Gear added: “There’s too many secret meetings going on.”

Resident Ken Gollop commented: “There’s often items about debtors on the agendas but we never hear who they are. When you write off debt you are giving them money; it’s not your money, it’s our money.”

Councillor Brian Larcombe acknowledged that the council had to discuss contracts and some figures in private, but he felt there was an opportunity for the council to be more transparent.

Councillor Jeff Scowen asked: “Will the new council take on board what we have heard about communication and working with the public, get rid of private working groups and reconsider exempt business? We want more transparency.”

Councillor Scowen – who is standing for re-election on May 2 – was accused of electioneering by Councillor Miller and stopped from speaking any further on the matter.

CALLS have been made for a prosecution after a child was injured by a dog on Lyme Regis beach. […]

LYME Regis councillors have taken the first step towards establishing a comprehensive CCTV system in the town. […]

PLANS for new beach huts on Lyme Regis seafront have been given the go ahead, including one with disabled access. […]