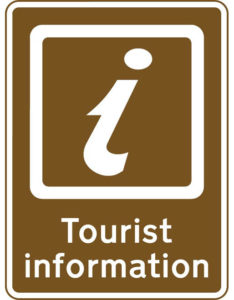 LYME Regis Town Council has made a proposal to take on the Tourist Information Centre.

The town council has been discussing the possibility of taking on ownership of Lyme’s Tourist Information Centre (TIC) from West Dorset District Council for some time, as part of ongoing negotiations over the transfer of assets and services between the two authorities.

At Wednesday night’s Strategy & Finance Committee meeting, it was agreed to put forward a proposal to take on responsibility for the service, in return for West Dorset writing off the £285,000 the town council owes it.

Reporting to the recent Service Review Working Group, the town council’s finance manager Keith Wilson said the estimated cost of running the TIC would be £63,759 a year from its current location in Guildhall Cottage, or £105,153 from the Jubilee Pavilion on Marine Parade, which councillors had suggested as a possible alternative. Both sums excluded overhead costs.

Town clerk John Wright said there was no hiding the fact that it would cost the council to run the TIC, but members needed to consider to what extent it wanted to keep the service, as there were fears it would be scrapped if the proposed new unitary authority for Dorset replaced West Dorset.

Councillors discussed whether it would be more practical to keep the TIC at Guildhall Cottage or move it to the Jubilee Pavilion. It was felt that combining the TIC and town council’s front desk at Guildhall Cottage would create a dual-purpose information desk for both residents and visitors, whereas the Jubilee Pavilion would attract mostly tourists and the council would still have to move its front desk downstairs to be more accessible to the public.

Councillor Steve Miller said that any proposal to West Dorset should suggest a capital sum from the district as part of the deal, or the the possibility of reducing or clearing the town council’s loan debt.

To provide some context, the town clerk said Bridport Town Council received a captain sum of £150,000 when it took on its TIC from the district, and had its £14,500 market fee waived. This was the equivalent of about 2.5 times the annual running costs of the Bridport TIC.

Lyme Regis councillors made a final decision at Wednesday’s meeting to offer to take on the TIC, unencumbered by any constraints, and would look to its outstanding debt to West Dorset being written off as an enabler to take on the service.

The discussion and decision was taken in private but, speaking after the meeting, Strategy & Finance Committee chairman Councillor Steve Miller, said: “As a council, we have explored the offering the tourist information centre provides to the town and to its visitors and we are seeking collaboration with West Dorset District Council on a viable future for that facility in Lyme Regis.

“The town council has put together a proposal to West Dorset District Council that we believe benefits both councils in the furtherance of this service.”

TOWN councillors have expressed some surprise that legal action has been taken which could see Lyme Regis Power Boat Club removed from its Monmouth Beach clubhouse. […]