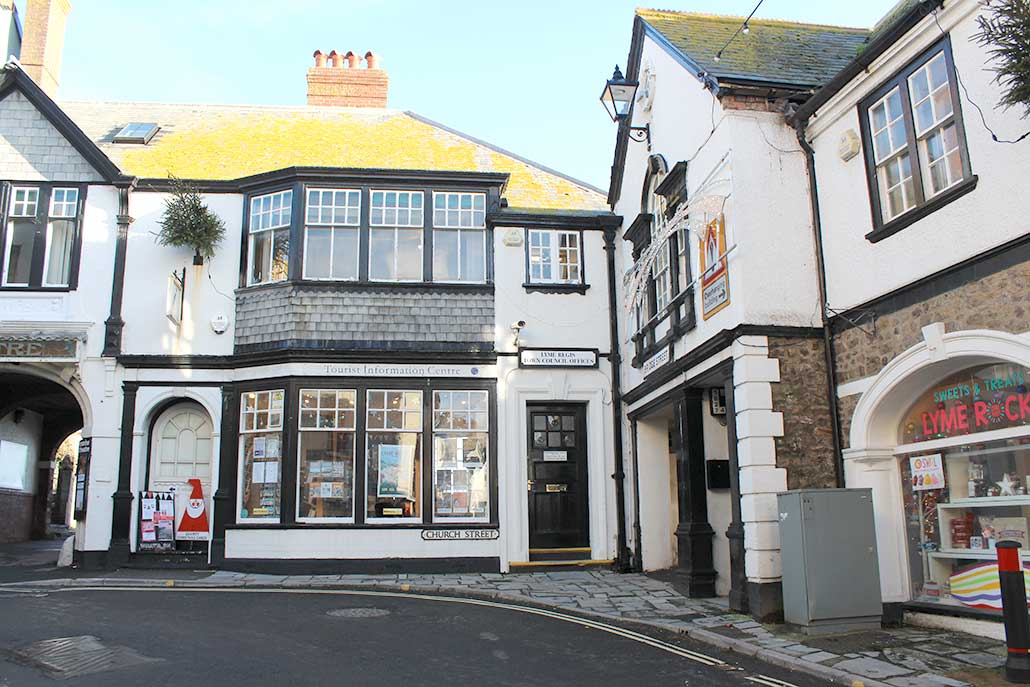 LYME Regis Town Council plans to close the Tourist Information Centre in its current location at Guildhall Cottage and use the space as offices – but not for at least another year.

After months of negotiations, it was expected that the town council would take over control of the service when a unitary authority replaces the district council later this year, but the new Dorset Council’s Shadow Executive did not support the agreement.

In October last year, the town council then agreed not to renew the lease for the Tourist Information Centre, expiring in March, and instead to use the ground floor as additional office space in a full renovation of Guildhall Cottage.

Before the town clerk acted on this resolution, West Dorset contacted him to say it was already planning to close the Tourist Information Centre and wanted to negotiate a termination of the lease.

However, the district council has since made a u-turn and now says it plans to continue providing a tourist information service in Lyme Regis and transfer this to the new Dorset Council as a going concern in May.

Having heard that West Dorset planned to continue providing the service, town councillors were split this week when asked if they still wanted to serve notice on the district council to end the tenancy of the ground floor of Guildhall Cottage, which would come into effect at the end of September. They were told this was likely to cost the town £16,200 for ending the lease early.

Councillors Graham Turner, Derek Hallett and John Broom spoke in favour of ending the lease, saying they accept the cost and use the time between now and September to get plans together for the refurbishment of Guildhall Cottage and start work as soon as the Tourist Information Centre vacated.

Councillor Brian Larcombe agreed, adding: “The district council changed their mind and in the meantime we had made assumptions and started to think about the Guildhall Cottage refurbishment.

“The fact that they said they didn’t want to run it and then changed their mind puts a bit of a colouring on any compensatory element we might be obliged to pay. They cannot muck us around like this. We have plans to make and money to commit.”

However, the Mayor of Lyme Regis, Councillor Michaela Ellis, expressed concerns that the council was acting too quickly without full plans for the Guildhall Cottage in place.

She said: “We need to understand exactly what sort of work we need to have done in there and how much it’s going to cost us before we make a final decision.”

Councillor Ellis also said that council staff would not be able to work in the building while the refurbishment was going to take place, which would mean relocating them twice.

Councillor Cheryl Reynolds added: “There’s one thing here we have forgotten – the staff of the Tourist Information Centre. They are local people, they are people we should be concerned about.”

Councillor Richard Doney said members were “losing sight” of the Tourist Information Centre’s functions and value in the town, and suggested the council look at the way it promotes the town as a whole, including its website, tourism brochure and social media.

He added: “I’m a firm believer in TICs, I think they bring value to towns… I would like to see it maintained and preserved. They do perform a very valuable function, not least to the theatre and local businesses.”

Councillor John Broom said the council should be “proactive and not reactive”.

“We sat around for four years talking about what West Dorset would give us and what did we get? Sweet nothing. We should serve notice and get it done,” he added.

Councillor Steve Miller said that the town council could negotiate with the new Dorset Council so they would not have to pay the £16,200 if they ended the lease in a year.

Councillor Brian Larcombe argued that the town council’s negotiations with West Dorset so far had been “abysmal” and said he had “no confidence” that they would get anything out of further discussions.

After a close vote, it was agreed to wait 12 months to give notice on the Tourist Information Centre and to use the time to properly plan the Guildhall Cottage refurbishments and a future tourist information service.

LYME Regis Town Council offices will be closed from today (Monday) in line with the government’s latest COVID-19 guidance. […]

A35 closed between Charmouth and Axminster

THE A35 has been closed this afternoon following a crash in the Raymonds area. […]

DORSET Council is planning to introduce two new parking permits and changes to its proposed charges in its car parks.  […]