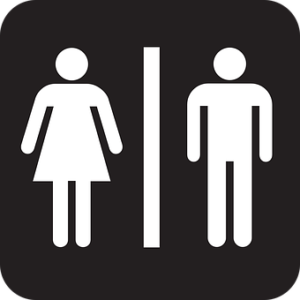 A SUGGESTION to ‘twin’ the newly-refurbished public toilets in Lyme Regis with a toilet in a deprived area of the world has been thrown down the pan by councillors.

Toilet twinning is a scheme run by the charity Tearfund to support the construction of toilets and promote sanitary education in some of the most deprived areas of the world.

The town council’s operations manager put forward the idea that the Marine Parade toilets, currently undergoing refurbishment, could be twinned when they were reopened for a cost of £60 per cubicle, totalling up to £600.

However, councillors were quick to throw out the idea last week, with one member saying it would make them a laughing stock.

Councillor Sean Larcombe commented: “I have never in all my life heard of anything as ridiculous as toilet twinning. This proposal ought to be thrown in the bin before they laugh and not just the council but the whole of Lyme Regis.”

Councillor Brian Larcombe joked that it would be “throwing money down the toilet”. He said that those who felt it was a worthy cause could make a personal donation, but the council was “looking after the town’s money”.

“I’m not so sure the residents have given us a mandate to spend this kind of money,” he added.

Councillor Jeff Scowen argued in favour of the proposal, commenting: “You can see the humour and the enjoyment this has created, it’s £60 for God’s sake, not £60million or £600million, it’s inconsequential to help something in the Third World. If it was a lot of money maybe not but I think we should go ahead with it, I think it’s a great idea.”

Councillor Brian Larcombe replied: “It’s about hearts or heads and there’s a principal here. Whether it’s £1 or £1,000 or £10,000 it’s public money and it’s about the way in which we’re charged to look after it. This request is a bit of a sideball, I’m not even sure how it got on the agenda.”

It was agreed to refuse the proposal.

LYME Regis Town Council is having to scale back plans to redevelop the flat roof area in Lister Gardens, after the cost of the project came in at almost double the allocated budget. […]

KEY workers will be allowed to park for free in Lyme Regis as the town council supports the delivery of essential local services. […]