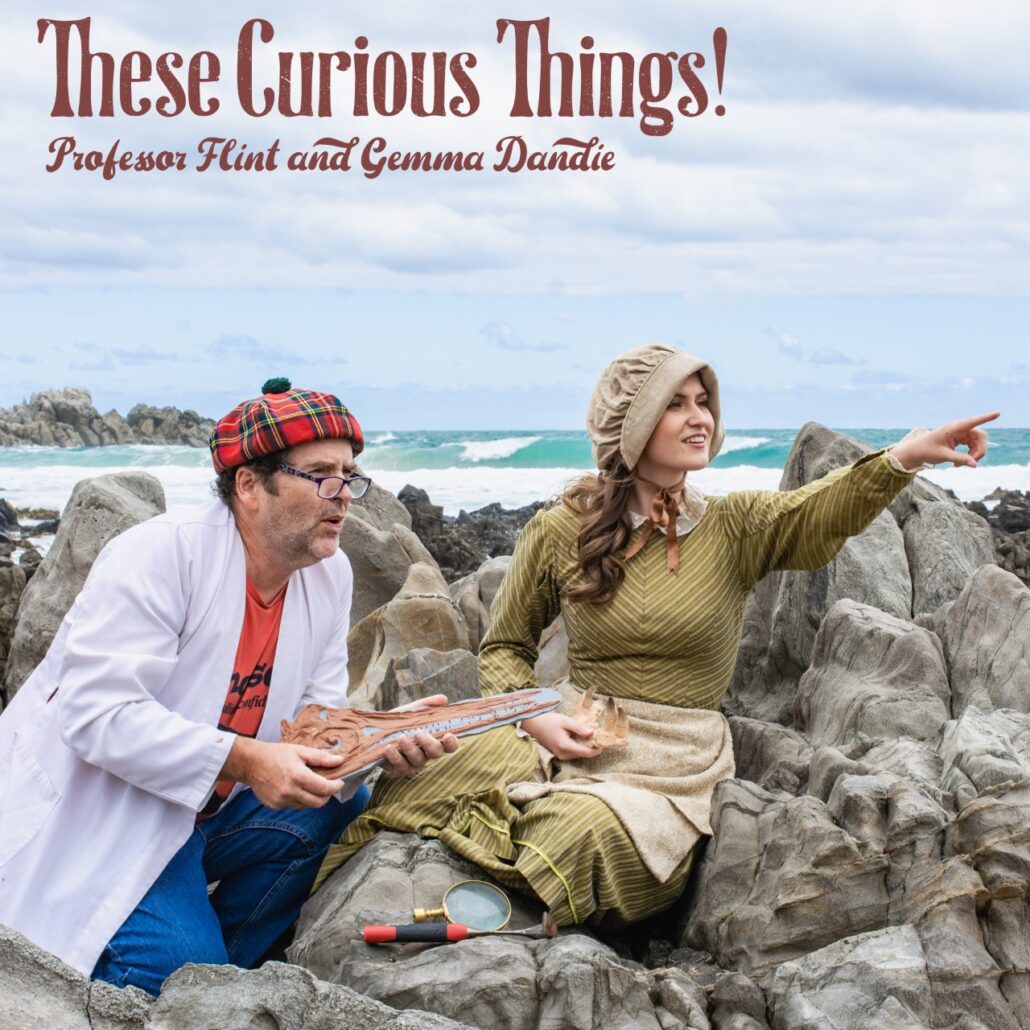 TWO singers from South Australia are releasing an album of songs inspired by the story and discoveries of Lyme Regis fossil hunter Mary Anning.

‘These Curious Things!’, compiled by South Australian singing palaeontologist character Professor Flint, and Gemma Dandie from Adelaide as Mary Anning, will be released on most download and streaming services on April 23, with pre-orders on Apple Music available from April 3.

The album features an array of songs about prehistoric creatures of the Jurassic, along with songs celebrating aspects of Mary’s life as a palaeontologist.

Mary Anning, born in Lyme Regis, was a pioneer in the field of palaeontology in the early 1800s, and it is thought by some that the famous tongue-twister ‘She Sells Sea Shells’ was written about her.

What we do know is that when it comes to the album ‘These Curious Things!’, there is no doubt who it’s written about, or who inspired its creation.

This is an album for the whole family to listen to, to sing and dance to, to hear about some awesome prehistoric creatures, and to learn about and celebrate the story of this remarkable pioneer.

The album is being launched just weeks before a statue of Mary Anning is set to be unveiled in her hometown Lyme Regis, on the corner of Long Entry and Gun Cliff Walk, on May 21 – exactly 223 years after her birth.

A total of £100,000 was raised for the statue through a campaign started by then 10-year-old Evie Swire, called Mary Anning Rocks It was partly Evie’s’ remarkable campaign that spurned the writing of a first song about Mary Anning a couple of years ago, which then led to the full album ‘These Curious Things!’

Along with the online album, a limited edition, signed CD version will soon be available. There will also be a free online performance on April 24 to celebrate the album launch.

Professor Flint and Gemma Dandie are also working with the South Australian Museum, and the Science Teachers Association of South Australia, on the third year incarnation of an art prize for young people in which to explore their local prehistoric story, called The Mary Anning Art Prize.

Several live performances featuring songs from the album are also being planned.

And while you’ll need to wait until April 23 on most sites to hear the full album, it will be available to download from Sunday, April 3 from the Heaps Good Bandcamp website.

You can also find more about Professor Flint on his Facebook page.

LIANE Carroll, who is headlining Jazz Jurassica’s festival finale this coming weekend, is one of the finest female singers this country has ever produced. […]

MY fondness for the Marine Theatre stems from the fact that I did most of my courting in the old place where I fell in love and had my heart broken – virtually every Saturday night! […]

FROM London’s world-famous jazz club, The Ronnie Scott’s All Stars will take to the stage at the Marine Theatre in Lyme Regis to celebrate ‘The Ronnie Scott’s Soho Songbook’ – a show of jazz, alongside narration and rare archive images. […]