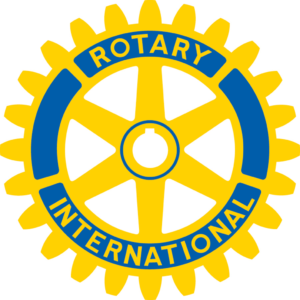 THE Rotary Club of Lyme Regis is proud to have been able to continue supporting local, regional and international charities and causes over the last year, despite the difficulties endured through the coronavirus pandemic.

The club has distributed more than £18,000 in the calendar year, its largest donation going to the Dorset County Hospital Cancer Charity Appeal.

Local support was given to primary schools with ‘Dictionaries 4 Life’ presented to all Year 6 pupils in the area, as well as Lyme Heartbeat, the foodbank, Lyme Regis and Charmouth Christmas Lights Committee, Weldmar Hospice, and Lyme Regis Development Trust’s ‘Working with Wood’.

Internationally, the club continued raising funds for the Rotary Polio Plus appeal with the aim of eradicating polio from the world. There are now only a few cases in Pakistan and Afghanistan.

Donations were also made to Water Survival Box, Mercy Ships International and, combining with other British Rotary Clubs, support was given to the Rotary Club of Beirut in their appeal for the rebuilding of a hospital devastated by an explosion last year.

Due to the coronavirus pandemic, the club has been unable to hold any of its major fundraising events this year, including the popular Lyme Lunge usually held on New Year’s day, which has left the organisations shortfall of many thousands of pounds which can normally be passed on to many deserving causes.

To help raise funds this year, the Rotary Club of Lyme Regis will be hosting an online auction between March 12 and 28.

More than 60 lots have already been donated for auction, ranging from a holiday cottage weekend for up to six people, a racing car experience for two, sports fishing trips, dinner for two at a prestigious hotel and many more.

The proceeds from the auction will be split between four causes – Lyme Regis Foodbank, Weldmar Hospicecare, Julia’s House Hospice and the Alzheimer’s Society.

A full list of lots will be public on the Rotary Club of Lyme Regis Facebook page, website and on the LymeOnline website well in advance of the auction, with bids opening from March 12.

Rising coronavirus cases ‘a cause for concern’ in Dorset

RISING coronavirus cases across Dorset is a cause for concern, according to the county’s public health director Sam Crowe. […]

CHARMOUTH resident Luke Bearpark doubled his fundraising target for the Children in Need appeal, making a total of £2,000 through events and donations. […]