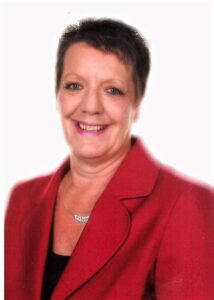 GENERATIONS of pupils of St Michael’s Primary School in Lyme Regis have been saddened by the death of their “unofficial mum”.

Maralyn Rattenbury worked at the school as a teaching assistant and dinner lady for 31 years during which time she was much loved for the many kindnesses she showed to the children.

A private funeral service for Maralyn, 67, who died on August 11 after a brave fight against a debilitating disease, was held at St Michael’s Parish Church followed by a gathering of mourners at the Woodmead Halls.

In his eulogy at the funeral service, St Michael’s head teacher Nick Kiddle described Maralyn, as “a very special employee”.

He said she was full of kindness, caring and compassionate – “a person calm and reassuring in a crisis whose capacity to listen and understand always made you feel better”.

Mr Kiddle added: “She was the kindest person I ever met.”

In her younger days Maralyn was an enthusiastic member of the Lyme Regis Regatta Committee and she was also a big supporter of Lyme Regis Town Band.

Frank Bastin, one of East Devon’s most well known and popular figures, has passed away. […]