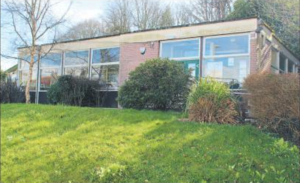 PLANS to develop the library site in Silver Street, Lyme Regis, with housing have been scrapped.

Plans to develop the site have been on the table for five years, with Dorset County Council last year gifting the site to Lyme Regis Development Trust to take the scheme forward.

It was hoped that a new library, shared with other community facilities, would be built, along with some housing, including affordable housing.

However, it has now been announced that the proposal has been “drawn to a close” as it is not financially viable.

David Gale, lead trustee for Lyme Regis Development Trust (LRDT), said that after “considerable efforts dating back over five years”, the trust and its local housing association development partner has been “finally been forced to the conclusion that the scheme is no longer financially viable and will not be progressing the project any further”.

He commented: “The proposed scheme would have been of significant community benefit with provision of a replacement modern library and affordable housing of much needed one-bedroomed flats for rent, based on the site being generously gifted by Dorset County Council.

“The investment of the trust included geotechnical analysis of the site ground conditions, but this together with the associated structural design outcomes after further cost analysis and careful financial appraisal has proved the project to be no longer financially viable, despite the significant anticipated financial contribution from LRDT and further income from the inclusion of market flats.

“Along the way all other logical avenues have been explored, but it is now felt there is no viable solution given the current uncertainty over increasing construction costs and prevailing government public finance for housing.

“Lyme Regis Development Trust remains grateful to Dorset County Council for the offer of gifting the land and their continued collaborative support throughout this investigative design development stage.”

Daryl Turner, Dorset County Council’s Cabinet member for Natural and Built Environment, said: “The county council was very sorry to learn that the innovative solution put forward for the site by the trust was no longer viable.”

He confirmed that the county council has no plans to do anything else with the site or to change the operation of the library at the current time.”

DORSET Council has begun work on a new county-wide Local Plan, which will set out new homes, commercial areas and community facilities, whilst protecting the county’s special environment.   […]

AFFORDABLE housing pioneers in Lyme Regis were among those to throw open their doors for a recent celebration of groundbreaking Community Land Trust projects. More than 50 people attended the event, which included visits to […]

ENVIRONMENTAL campaigners have claimed that Dorset’s draft Local Plan proposals for 39,000 new homes in the county over the next 17 years should be halved. […]

Catch up with guest writer @Sophia_Moseley's busy life in her latest 'Working Lyme to 5' blog on the LymeOnline website #lymeonline #lymeregis #dorset https://t.co/Y5kn4I4G9Y
View on Twitter
0
3