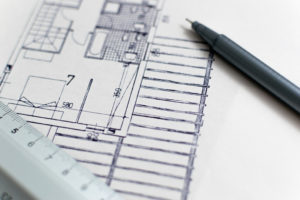 A PROPOSAL to build five new houses on the corner of Timber Hill and Charmouth Road in Lyme Regis has been submitted to Dorset Council.

The application outlines plans for four four-bedroom houses and one five-bed house on land currently owned by the property Henleys Acre on Timber Hill.

It said the five detached houses would be built on an area of land measuring 4,998 square metres outside the defined development boundary of Lyme Regis.

Each house would have its own “substantial plot”, including a double garage and two additional parking spaces outside.

The application states: “The proposed site layout has been developed to provide an organic arrangement avoiding a straight cul-de-sac or visual dead end, in favour of a sinuous access road which works to follow the natural fall of site. This has allowed the site layout to work largely with the existing levels and ensure minimum impact to the land instability.

“Again, by taking advantage of the natural gradients it has been possible to position the 5 dwellings at staggered levels optimising south facing gardens, elevations, and sea views.

“This free form layout is similar to the settlement patterns of the properties seen between Timber Hill and Dragons Hill, where dwellings and been arranged to respond to each plot’s particular opportunities and landscape characteristics.

“As such the proposed layout looks to contribute positively to the setting by continuing in a similar nature to deliver distinct and attractive environment.

“The development has been carefully designed and laid out so that it does not give rise to adverse amenity issues for the occupiers of neighbouring residential properties. The proposed design of the layout ensure that the dwellings would be positioned in spacious plots, therefore, ensuring that there is not adverse interface between properties that would give rise to harmful impacts such as loss of privacy and overlooking.

“Additionally, it is considered that there is an adequate degree of separation between the proposed dwellings and those along Timber Hill, including the retained dwelling at Henleys Acre, and those across the A3052 (Charmouth Road).

“Consequently, the development would provide a good standard of living for future occupants of the development as well as not harming the living conditions of existing residents close by.”

You can view full details of the planning application by clicking here.

A MODERN addition to Lyme Regis’ iconic seafront cottages has won planning approval from the district council, despite concerns over ground stability issues. […]

THE Royal College of Art’s community engagement and transport planning project is continuing to invite comments about its initial findings on Lyme Regis and is interested to hear views from as many people as possible. […]

LYME Regis Town Council is inviting the public to help shape its views on the Dorset Council Local Plan. […]