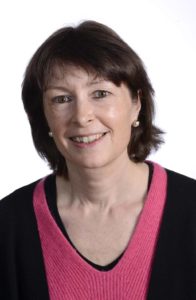 THE new Shadow Dorset Council has elected Councillor Rebecca Knox as its leader.

Elected councillors from Dorset made history by forming the new Shadow Dorset Council, which met for the first time on June 7 at South Walks House in Dorchester.

The Shadow Dorset Council will ensure the safe and legal transition from the six existing councils in the county to the new unitary authority – to be named Dorset Council – in April next year. It consists of all 174 members for the Dorset area.

The shadow council was established when the Structural Order, confirming the creation of the new unitary council, was approved by Parliament and ratified by the Secretary of State for Housing, Communities and Local Government, James Brokenshire MP.

She said: “I am delighted to be elected as Leader of the Shadow Dorset Council. We have listened to our residents and are doing what they’ve asked us to do in creating a new Dorset council. That’s our task and that’s what we will do for April 1, 2019.

“We come from six different council areas, but we become one here. We will have no boundaries and we are committed to working together with a collective responsibility to do the best for our residents. I look forward to working with everyone to deliver our new council. This is a very exciting time for us all.”

WEST Dorset MP Chris Loder is calling on residents to respond to Dorset Council’s Local Plan, which is now open for consultation until March 15. […]

DORSET Council has been awarded £438,000 from the government’s Active Travel Fund to make walking and cycling improvements across the county as we move towards a greener, cleaner community. […]

TOURISM plays a major role in Dorset’s economy, valued at around £1billion per year and supporting almost 40,000 jobs. […]