THE Mayor of Lyme Regis has called for a more visible police presence in the town after a several concerning incidents.

Residents and visitors were shocked yesterday as an altercation, described by an eyewitness as “truly horrifying”, broke out in Broad Street.

The disruption followed another distressing incident in the town earlier this week, when three people were arrested for drug offences and child neglect, after two children were found locked in a car at Monmouth Beach with an unconscious female passenger.

The police have had to step up patrols on the seafront and in the public gardens in recent week, and Lyme Regis Town Council has employed security guards to patrol the seafront every night during the summer following an increase in anti-social behaviour.

A police officer was also injured in June, following an altercation with two teenagers and a 22-year-old man at Monmouth Beach.

The Mayor of Lyme Regis, Councillor Brian Larcombe, has now called for a heightened police presence in the town, saying there is no substitute for visible officers in the town to tackle the increase in such incidents.

He commented: “We are all naturally concerned and shocked at this kind of incident happening within Lyme. What makes it so alarming, and dare I say newsworthy, is that this is not what Lyme is used to and does not represent our town’s normal environment.

“However, this kind of incident, although very rare, does highlight the need for a raised visible police presence in Lyme. Our proximity at the western extremity of Dorset and a distance from concentrated police resources means responses aren’t rapid, particularly during summer months and roads congestion.

“While completely accepting that police resources are stretched and the width of types of crime has widened, when it comes to public reassurance there is no substitute for a physical, visible, resident police presence; one that can be seen and develop an in-depth local awareness.

“I would also suggest, given our proximity to the border with Devon, that more cross-county resourcing collaboration would help particularly when dealing with incidents from within the local radius.

“This will continue to form the basis of our dialogue with the police, with whom we have a good relationship, and I’ve asked that we have a link-up meet with the Police and Crime Commissioner.

“These incidents are very serious but are rare; the evidence is that Lyme is still a low crime town compared with other places and this fact is the reason given for the lower levels of allocated resource.

“However, our counter is that it can be even better and more effective with a dispersed policing approach and a resident presence in Lyme that reflects and supports our summer season numbers.”

SOMEONE seems to have taken a shine to the eyes of the yellow welly dog that has become a major attraction outside the lifeboat station in Lyme Regis.  […]

LYME Regis lifeboat crew was called out for the third time in three days on Sunday, when a dinghy capsized in strong winds.  […]

Dorset Police tells women ‘we are here for you’

DORSET Police have issued a message to reassure residents after concerns over harassment and violence against women were raised nationally in the wake of the Sarah Everard murder.  […] 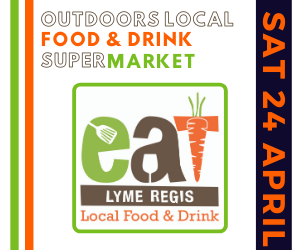 You can read our managing director @PhilipEvans08's series on his 55-year career in journalism on the @SeatonNubNews and @AxminsterNub websites! https://t.co/8hFO46id4E
View on Twitter
0
3

Lyme Regis photographer Richard Austin, who has spent years capturing the royals, pays his own tribute to the Duke of Edinburgh in his latest 'Flashbacks' blog #lymeonline #DukeofEdinburgh #photography #blog https://t.co/3YWz1hAGKZ
View on Twitter
0
0