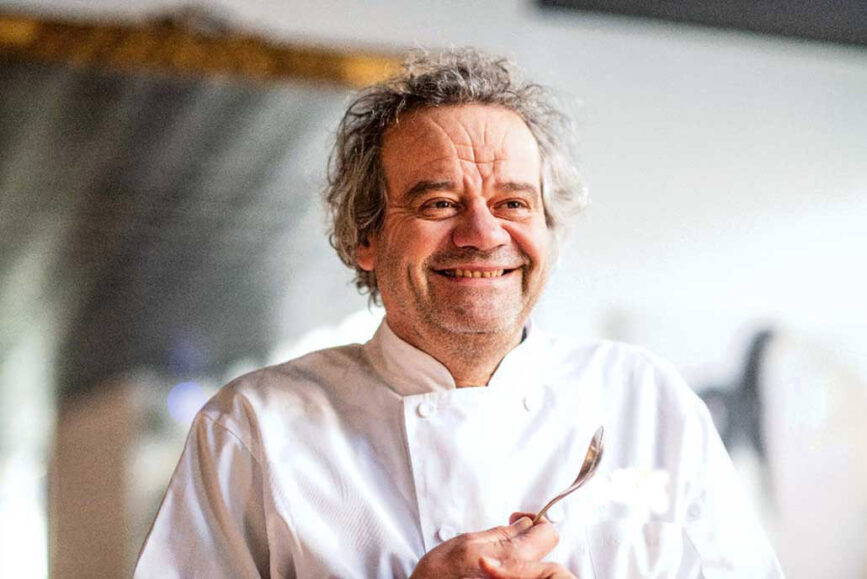 CELEBRITY chef Mark Hix is back in business in Lyme Regis.

HIX Oyster & Fish House ceased trading in April when the board of the company which owned it, WSH Limited, made the decision to put all of HIX restaurants into administration, a decision that was not supported by Mark himself, who was a minor shareholder in the business.

Born and bred in nearby West Bay, chef, restaurateur and food writer Mark was keen to secure the former HIX property to open another restaurant once lockdown was lifted and diners were able to begin eating out again within the government’s guidelines.

Mark told LymeOnline: “The Fish House has always been a very important restaurant to me and was the second restaurant I opened in 2008.

“I was devastated by the decision made by WSH but sadly it was out of my hands. Now it’s time to look to the future and new beginnings.

The restaurant will be very similar to its predecessor, serving seasonal local produce and fish and seafood caught in Lyme Bay and along the Dorset coast. The Oyster and Fish House will be open all day, seven days a week and available for private hire and weddings, once regulations permit.

The menu will feature old HIX favourites such as Cobb-smoked salmon which is cured and smoked on the premises, Fish House pie, Dorset oysters and whole fish caught locally and served simply, on the bone.

Mark said: “This restaurant means a lot to me. It’s like going back to the good old days – no investors, just me and my team.”

Mark is known for his original take on British gastronomy, being frequently lauded as one of London’s most eminent restaurateurs with an unrivalled knowledge of ingredients with provenance.

He is the author of a number of cookbooks on British cuisine, including Mark Hix on Baking, Hix Oyster & Chop House, British Regional Food, which received a Guild of Food Writers’ Award and the Simon the André Simon Book Award – Special Commendation, British Seasonal Food, which was named The Guild of Food Writers’ Cookery Book of the Year in 2009, and his latest book Hooked.

Between 2008 and 2020 he had a number of restaurants including HIX Oyster & Chop House, Hixter, Tramshed and HIX Soho in London and HIX Oyster & Fish House in his native Dorset. The restaurants went into administration in April 2020 as a result of the COVID-19 pandemic.

Mark received an MBE for services to hospitality in the 2017 New Year’s Honours 2017 list.

He launched HIX Oyster & Fish Truck in Morcombelake in June 2020, selling wet fish and seafood from Lyme Bay Reserve fishermen. He has also recently been appointed as director of food and drink at city stalwart 1 Lombard Street.

Mark has recruited the former manager and  head chef of the HIX Oyster and Fish House and a spokesperson confirmed that they were hoping to revive the hugely successful Food Rocks festival in Lyme Regis, which ran for seven years.

“It’s something close to our hearts so it would be great to set it up again,” said Mark.

THE Pilot Boat in Lyme Regis has won the highly-acclaimed Pub Design Award, organised by the Campaign for Real Ale (CAMRA), for a refurbishment project described as a “labour of love”. […]