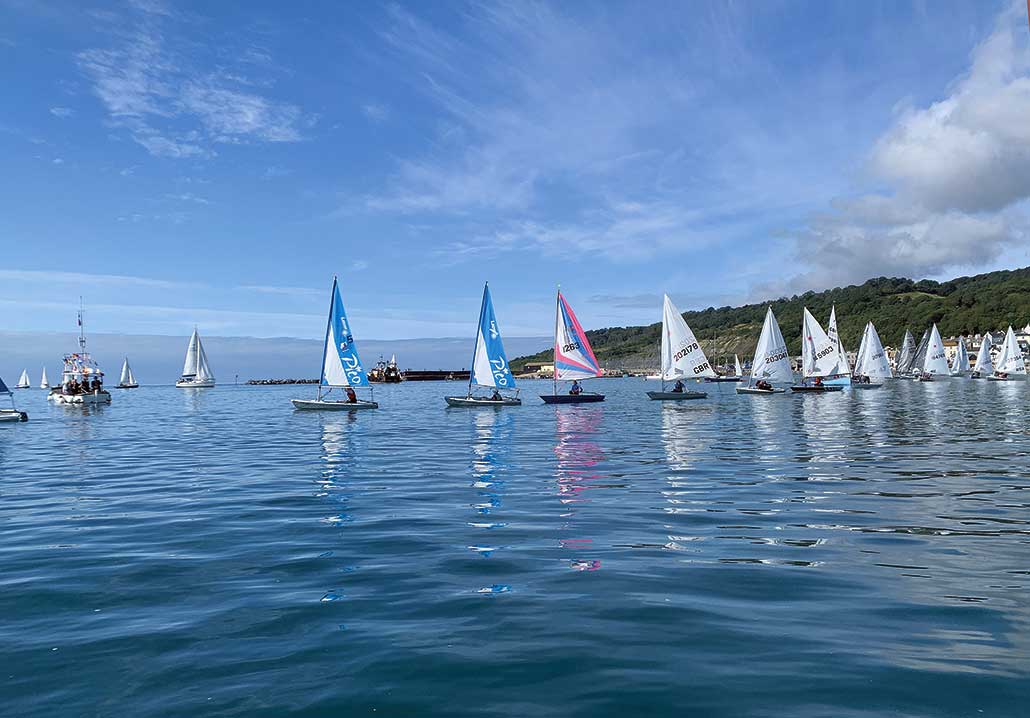 LYME Regis Sailing Club was blessed with spectacular sunshine at its recent 100th anniversary sail past.

Although there wasn’t much wind for sailing, the weather made for a spectacular sight as dozens of dinghies and cruisers, accompanied by two of the town’s gigs, the lifeboat crew and harbourmaster, made their way onto the water.

They each sailed past a boat of special guests, including Her Majesty’s Lord Lieutenant of Dorset, Angus Campbell, and his wife Carola, the Mayor and Mayoress of Lyme Regis, Cllr Brian and Wendy Larcombe, and sailing club commodore Rob Wiscombe.

Guests then returned to dry land where the celebrations continued with speeches and toasts.

The mayor spoke about the history of the club, having learnt more about it in its special centenary book ‘The First 100 Years’ compiled by Hilton Davies, and its important role in the life of the town.

The celebrations were attended by Ray Smith, an inaugural member of Lyme Regis Gig Club, who is 101 years old – five months older than the sailing club.

Meanwhile, the club’s keen members remained on the water and battled the lack of wind to take part in the annual Bart’s Bash races, an annual national event held in memory of Olympic Gold and Silver medalist Andrew ‘Bart’ Simpson MBE, to raise funds for the Andrew Simpson Foundation which supports sailing projects across the globe.

A collection for the charity was also held back at the clubhouse.

SEA swimmers have been warned of the risks of the sport, after a 19-year-old experienced swimmer had to be rescued off Abbotsbury. […]

LAST week’s high winds meant Lyme Regis Sailing Club’s youth group could not go out to sea, so they took part in a theory lesson on dry land instead.  […]

Marooned on Lucy’s Ledge – now that would be a good story!

IN our last edition I wrote about how summer was well and truly over, but as soon as the paper came out, so did the sunshine! That’s typical in newspaper publishing – not that I have any complaints. […]