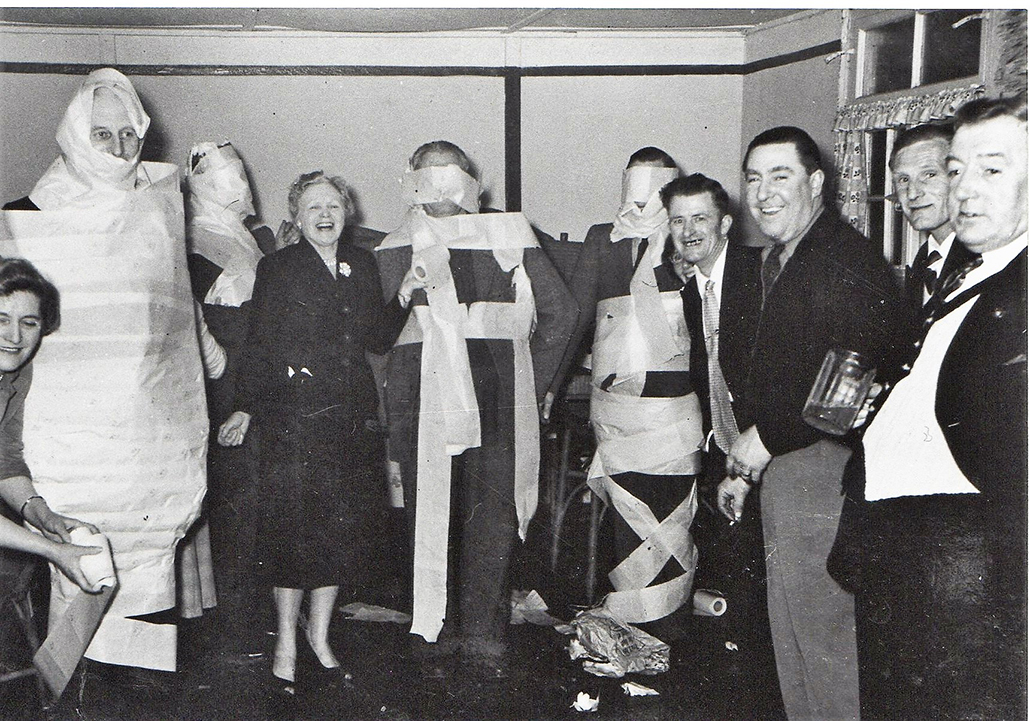 LYME Regis historian Ken Gollop will reminisce about life in Lyme Regis at another of his popular ‘Tales From Under Shady Tree’ talks on Sunday, March 4th.

Billed as ‘The Last Shady Tree’, the talk will be held at the Woodmead Halls starting at 2.30pm in aid of Lyme Regis Museum, and the event is expected to attract a full house.

Mr Gollop has been giving the nostalgic talks, accompanied by old photos of Lyme and familiar faces, for about 25 years. The title comes from the name of a large wych elm, which grew in the field above Jordan Flats, now occupied by Anning Road.

As it was the only flat area of grass in the town besides Bumpy Field, it was a favourite playground for local children and reputed to be the tree where Mary Anning was struck by lightning as a child.

Jordan Flats has a varied history, having been built in the early 1800s as a cloth factory and later, in 1919/20 to the 1930s, became the White Rose Laundry which closed down before the outbreak of the Second World War. It was occupied by the military during the war and then converted into four flats by Lyme Borough Council.

In this year’s talk, Mr Gollop will talk about new housing developments in Lyme Regis, including the history of the Woodbury Down estate, still known locally as St Albans.

The police, traffic and pubs also feature in what is billed as his last talk.

Ken Gollop was born into a local fishing family. His interest in local history stems from an early age encouraged by stories he heard from his grandfather and inspired by a very able history teacher at Lyme Grammar School.

On leaving school he worked for seven years with a government hydrographic survey department all around the coast of Britain and Ireland. In 1959 he returned to Lyme and joined the family fishing and tripping business.

Mr Gollop was a representative for the local fishing industry on several committees, served on the lifeboat and in the coastguard, as a town councillor and sat on the Tourism Committee before it was taken over by the town council.

During the sea defence works at Gun Cliff he was chairman of the Engineering Committee of the Voluntary Advisory Panel.

After being persuaded by local author John Fowles to become a museum trustee, he served as chairman for several years and still remains a member of the research team.

The BIG Breakfast is back!

THE Lyme Regis branch of Cancer Research UK will be hosting their popular BIG Breakfast next month, after it was postponed earlier this year due to the coronavirus outbreak.  […]

The Rifles heading to Lyme Regis on sponsored walk

IT was October 2018 when The Rifles last marched through Lyme Regis, and now they are set to visit again – but on a march of a very different kind! […]

THE second Lyme Splash Water Polo Championship will take place on Sunday, August 5 at 10am, as part of Lyme Regis Regatta & Carnival Week. […]