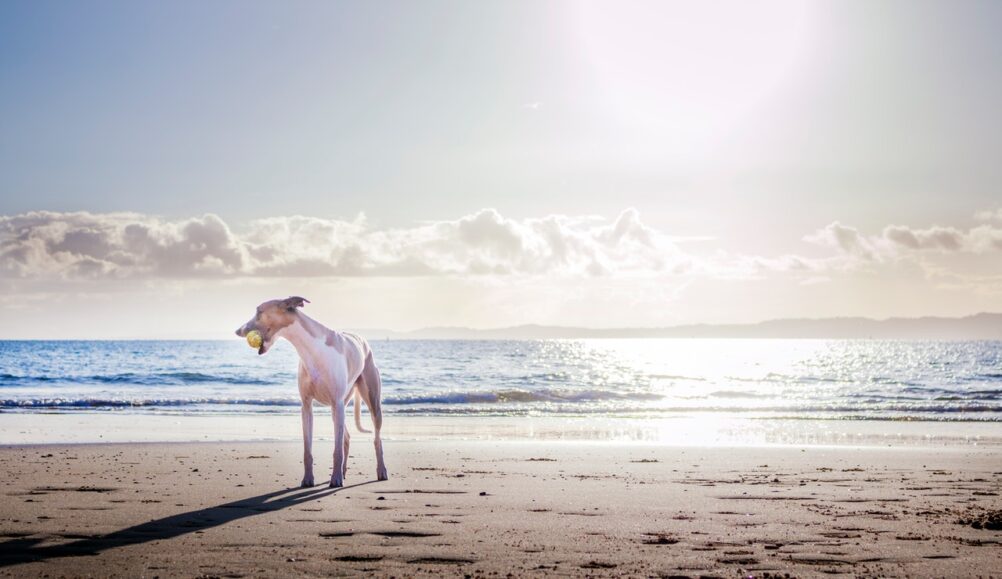 RESPONDING individually to every complaint regarding the dog policy on Lyme Regis beach would be “a full time job” for council staff, according to the mayor.

New restrictions regarding dogs on the town’s main sand beach and Cobb Gate shingle beach were introduced over a year ago, but are still resulting in a significant number of complaints from dog owners.

The Public Space Protection Order (PSPO) states that between October 1 and April 30, dogs are allowed on the town’s main sand beach and Cobb Gate shingle beach, but they must remain on a lead.

The order was put in place by Dorset Council, but Lyme Regis Town Council has taken a fair amount of criticism for initially suggesting a complete year-round ban on dogs from the main beaches.

Campaigners have not let up since the on-lead restrictions were first imposed on January 1 2020, saying the rules discriminate against dog owners, especially as other beaches are not as accessible or safe, and are affecting dog-friendly businesses in the seafront area.

But the town council has remained clear that it supports Dorset Council’s regulations and does not intend to request a change anytime soon.

Three similar letters from members of the public were read at the last council meeting before Christmas.

They all asked what dog owners could do to work with the town council to get the restrictions changed; what evidence was submitted to Dorset Council with the town council’s statement in favour of a ban of dogs on the sandy beach; whether business owners were consulted before the restrictions were put in place; and what the council could do to encourage dog-owning visitors and to be inclusive to dog-owning families.

The Mayor of Lyme Regis, Cllr Brian Larcombe MBE, replied: “We have an established position and policy on this and we have made our reasons to keep dogs under control, which means on a lead, in these areas very clear.

“These correspondences that we have are continuing in a pattern and we cannot add anymore to the message we have already been saying.”

The mayor also questioned whether businesses were really losing custom, as claimed, based on the large numbers of visitors seen in Lyme Regis in recent months.

“It may even be counter-productive to allow dogs on the beach, based on the numbers we have seen,” he added.

Town clerk John Wright added: “We are getting a lot of these letters now and it’s clear that there’s a campaign to put some pressure on the council, particularly in regards to exposing the rationale behind decisions.”

The clerk suggested responding with the council’s clear policy, and say that the matter will not be discussed again until Dorset Council’s policy is due to be reviewed in a year’s time.

“That should be it full stop because otherwise we’re just creating work,” he added.

The mayor added: “We are not writing tailored letters every time we get correspondence of this type, it would become a full time job.”

Complaints made over late-night drinking and disruption

LYME Regis Town Council is to raise complaints regarding anti-social behaviour and late-night drinking on the seafront with the police and licensing authority. […]