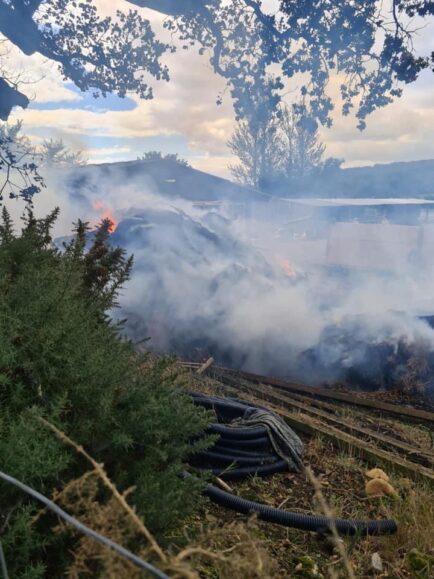 MULTIPLE fire crews were called to an agricultural fire at Fishpond Bottom, near Lyme Regis, on Saturday afternoon.

Later that night, the Axminster crew were called to a car fire in Hawkchurch.

The fire severely damaged the vehicle and was deemed as accidental ignition. Crews left the scene in the care of recovery.

UP to 10 fire engines tackled a blaze at the Rousdon Village Bakery on Tuesday morning. […]

A MAN has died after sustaining serious injuries at The Tunnel Target Sports Centre, just outside Charmouth. […]

Man jailed after attacking woman with knife on coast path

A MAN who attacked a woman and threatened her with a knife as she walked along a coast path just outside of Lyme Regis has been jailed. […]