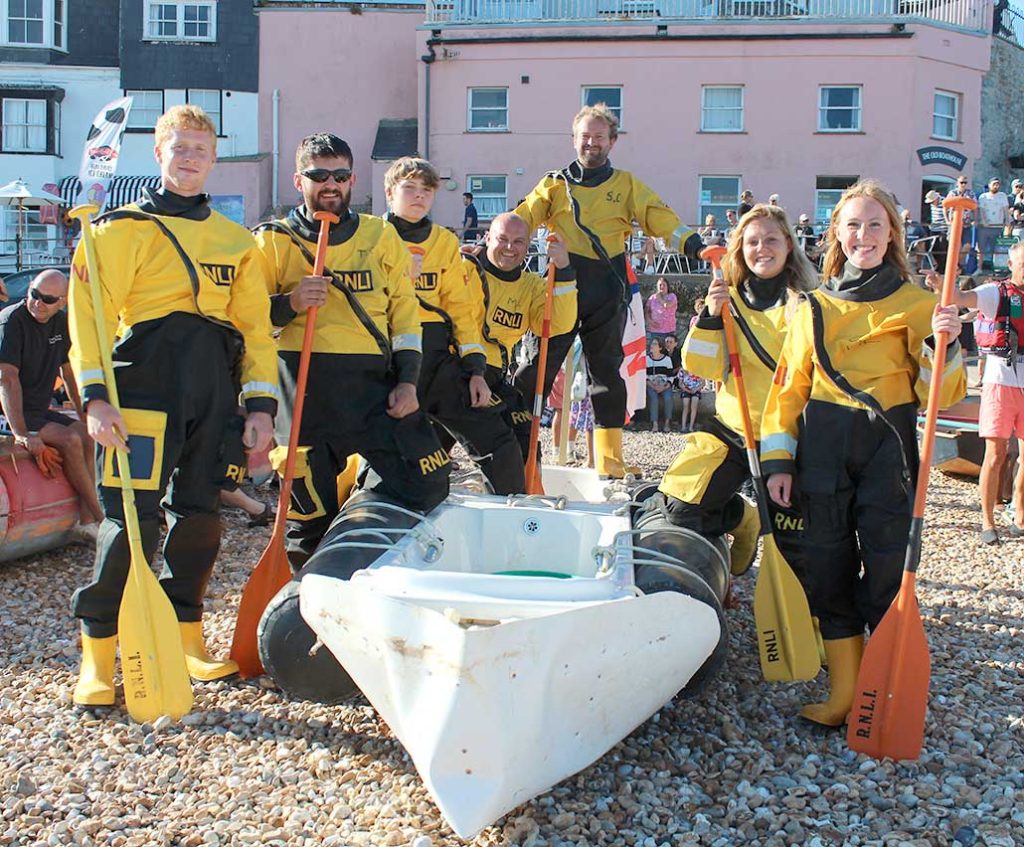 A SOGGY start with rain and high winds turned into a sunny spectacular for Lyme Regis Lifeboat Week.

And as the week came to an end on Friday, the organisers – the Lyme Regis and Charmouth RNLI Guild – reported an early estimated total for donations in the region of £26,000.

The weather caused the postponement of the bathtub race and the swimming challenge but both were held later in the week and cancellations were few.

Chairman of the RNLI Guild Ken Lavery, said: “The week was a resounding success and a tribute to all the volunteers who gave up their time in the planning process and during the week itself.

“Once again we have had tremendous support from the public and we have received many positive comments.”

Among the many successes, drawing in huge crowds, was a display by the Army’s Red Devils parachute display team, the popular wine or water raffle, the ‘name the welly dog’ competition and the tug ‘o war across the harbour mouth which was started by celebrity guest Lord Julian Fellowes, creator of ‘Downton Abbey’, who was aboard the harbourmaster’s launch with his wife, Lady Emma.

Six hundred hot dogs were sold by the lifeboat crew at their barbecue on the harbour slipway, and a local firefighter scored the first ever hole in one at the golf challenge on the harbour’s North Wall.

As the week came to a close with a spectacular fireworks display, one of the last events – the swimming challenge from Cobb Gate to the harbour – attracted a record entry of 100 – 65 adults and 35 juniors.

For more than 50 pictures of Lifeboat Week events, see our Photo Gallery

MEMBERS and supporters of Lyme Regis Golf Club went all out to win the coveted ‘best costume’ trophy at their Halloween Ball last Saturday night. […]

TRIBUTES have been paid to Dorset’s retiring Police and Crime Commissioner, Martyn Underhill, after nine years in the role. […]

Fishpond Bottom residents to open gardens in aid of church

AS lockdown restrictions ease, the small community of Fishpond Bottom, near Lyme Regis, will finally be able to open their gardens to the public in a bid to raise much needed funds for the village church church. […]