HAVING been postponed from its usual date on Rogation Sunday in May due to the coronavirus pandemic, the annual Blessing of the Boats ceremony instead this year rounded off another successful Lifeboat Week.

Hosted at the lifeboat station on the Cobb, the non-denominational service is held to honour Lyme’s seafaring a maritime history, and remember all those lost at sea.

The service was led by the Golden Cap Team Rector, the Reverend Chris Martin, with prayers led by the Revered Chris Woodman of Lyme Regis Baptist Church.

The Mayor of Lyme Regis, Cllr Brian Larcombe MBE, delivered the reading and a poem called was written and read by Eden Bristow, daughter of a new lifeboat crew member.

Following the blessing, carried out by the Reverend Martin, floral wreaths were passed down the slipway by members of the lifeboat crew, the Lyme Regis branch of the Royal British Legion, and representatives of Lyme’s many seafaring organisations.

They were then passed on to the lifeboat and taken out to sea, accompanied by one of Lyme Regis Gig Club’s vessels, to remember all those lost at sea. 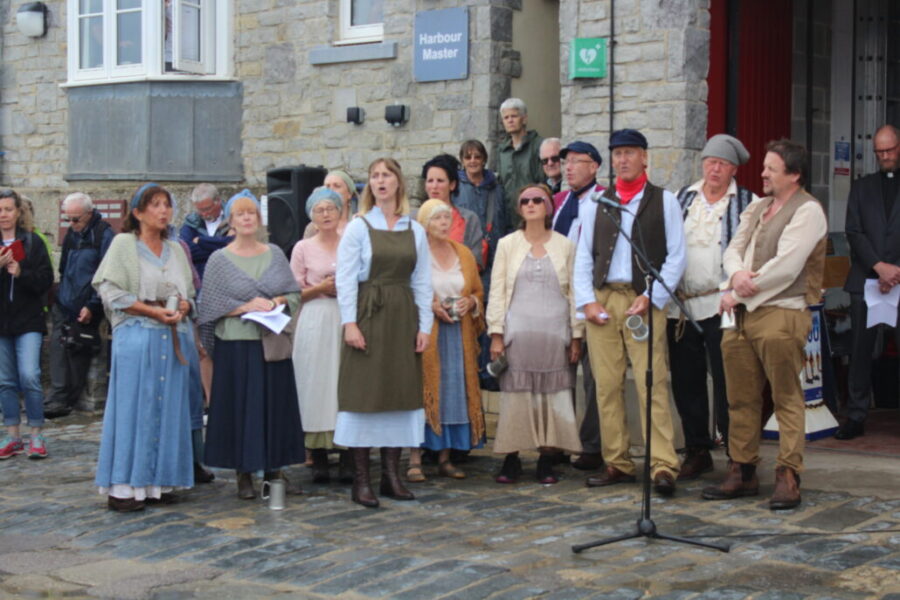 Lifeboat called out three times in a week

LIFEGUARDS in Lyme Regis rescued a boy who was having seizure in the water whilst bodyboarding on Sunday, August 23. […]