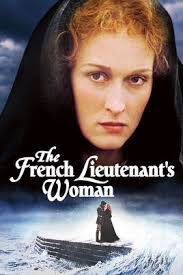 WHEN ‘The French Lieutenant’s Woman’ was filmed in Lyme Regis in 1981 the production company gave the town £8,000 as compensation for the disturbance caused whilst filming took place.

That sum today would be worth £34,400, according to the Office for National Statistics composite price index.

So is it realistic to expect the company about to start converting parts of Broad Street to the 1840s for the filming of ‘Ammonite’,  the story of Lyme’s famous fossiler Mary Anning staring Kate Winslet , to cough up £100,000 when they leave town at the end of March?

The £8,000 gift in 1981 was used to reform Lyme Regis Town Band and also the now defunct junior band for the purchase of instruments.

Last week Lyme Regis Town Council agreed to a long list of requirements by the film production company, picked up by keen council watcher Ken Gollop who reminded councillors of the disturbance caused when ‘The French Lieutenant’s Woman’ was filmed.

Mr Gollop, in particular,  referred to the stop-go restrictions being put in place for Broad Street, Bridge Street and Church Street which would cause chaos in the town centre especially when two double decker buses were passing and the Tesco delivery lorry was turning in The Square, and he hoped the council would be receiving adequate compensation .

Mr Gollop also expressed the hope that the allocation of any compensation could be handled by an organisation such as the Rotary Club, rather than it getting mixed up with the council’s general rate fund. He hoped that the money could be used for scholarships for young people or such things as sending a Scout or Guide on a World Jamboree.

Recognising the tourism boost that such a film could provide, councillors were generally in favour of co-operating with the film company and town clerk John Wright informed members that discussions with the production company had already taken place over compensation but he was unable to reveal any figures at this stage.

Councillor Jeff Scowen was confident that the film would be another “blockbuster”, making millions of pounds profit,  and he thought the town should get at least £100,000.

With stars such as Kate Winslet, who recently visited Lyme, and Saorise Ronan, most recently in ‘Mary Queen of Scots’, the film is likely to be another big success. Arguably, Winslet is a bigger star now than Meryl Streep was when she appeared in ‘The French Lieutenant’s Woman’.

But will ‘Ammonite’ generate the same influx of visitors as the John Fowles inspired ‘French Lieutenant’s Woman’, which became cult reading in the United States and put Lyme Regis well and truly on the list of must visit tourist resorts?

Lyme is now firmly established as one of the most popular resorts on the south coast and there is a growing faction in the town that think we have reached saturation point in the peak summer months.

Footnote: In the print version of LymeOnline, we wrongly quoted Mr Gollop as saying that any compensation money “should not be given” to an organisation such as the Rotary Club, when he was actually advocating that the money should be distributed by Rotary. We apologise for this error.

LymeOnline ·
@LymeOnlineUK
This morning we’ve been spelling out #NoMorePoo on #LymeRegis beach, campaigning against sewage overflows in the sea and calling for increased water quality monitoring. Can’t wait to see the drone footage of this! https://t.co/KbRlGFyXL3
View on Twitter
10
25