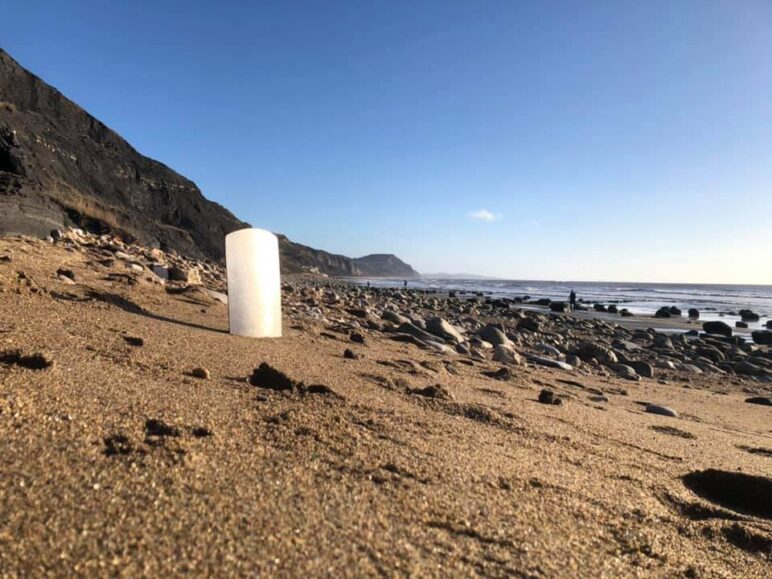 AN unusual steel structure has reportedly appeared on the Jurassic Coast between Lyme Regis and Charmouth.

Could this be the fifth mysterious monolith to appear at famous British landmarks?

Lyme Regis fossil hunter Nigel Clarke posted the above photo of the structure, protruding from the sand, on social media this weekend.

While some have questioned its legitimacy, Mr Clarke insists the photo is real and has not been doctored.

Some have questioned whether it could be the fifth mysterious, metal monolith to appear at British landmarks in recent weeks.

Others have been spotted at Dartmoor, the Isle of Wight, Glastonbury Tor and at the centre of the Merry Maidens stone circle in St Buryan, Cornwall.

What do you think it is? Mr Clarke has offered a free  fossil identification chart to whoever can offer the real answer!

LYME Regis Town Council has been warned it needs to start making preparations now to protect its most lucrative asset – the Monmouth Beach area – from rising sea levels in the future. […]

LETTERS: DOGS ON THE BEACH – for and against

The following letters regarding dogs on the beach were sent to LymeOnline during January and February 2019 following an incident in which a child was bitten on the sandy beach. […]

AFTER a winter that dragged and dragged, I was determined to make the most of the first sight of summer over the Bank Holiday weekend. […]