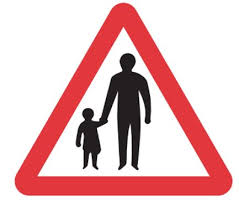 LYME Regis Town Council has agreed to put forward a request for signage to improve pedestrian safety in the Haye Lane and Roman Road area to the highways authority.

A member of the public suggested that a sign (as pictured) warning drivers of pedestrians in the road should be placed at the junction of Haye Lane and Roman Road.

Existing signs are already in place at both ends of Haye Lane and at Horn Bridge, and this request was for a further sign at or immediately approaching the junction.

The resident had initially had put the request to Dorset Council, as the highways authority, but officers requested that town councillors be consulted for their view first.

Councillors agreed they would put the request forward to Dorset Council with their support.

This is the second time in recent months that pedestrian safety has been raised with regards to the Haye Lane area.

A resident previously requested that more street lighting be installed on the narrow lane, as it was dangerous for pedestrians at night.

Full transcript of council debate at this week’s ‘explosive’ meeting

THIS is the full recorded transcript of the public forum discussion at Wednesday’s Lyme Regis Town Council on the drugs find issue at the Anning Road playing field teen shelter and social media exchanges between councillors: […]

TOWN councillors in Lyme Regis are considering replacing the roof surface on the Marine Parade shelters because water is leaking into the businesses below – but it could cost as much as £130,000. […]