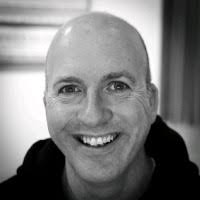 A FORMER Uplyme vicar has taken on the new role of associate priest at Smith’s Parish in Bermuda, just a few minutes from Lyme Regis’ twin town of St George’s.

The Reverend Gavin Tyte brought a modern touch to the parish of Uplyme and was known at the ‘beatboxing vicar’, winning national acclaim for his rap version of the nativity story.

He stepped down as vicar of Uplyme and Axmouth in 2013 to concentrate on being a self-employed writer and designer, and later moved to Ascension Island in the South Atlantic.

Having returned to the UK to deal with family matters, Gavin and his wife Helen were unable to go back to Ascension Island so he began to look for a new post, and said he just had to apply when he saw the vacancy in Bermuda.

Speaking to Bermuda’s national newspaper The Royal Gazette, the Reverend Tyte said: “During the process, it became clear it was where we were meant to be. There were so many incredible coincidences — with people and places.

“Canon John Stow, rector of Holy Trinity in Bermuda’s capital Hamilton, used to be vicar of the parish in the UK where Helen and I were married; my great-grandfather’s brother moved to Bermuda and was involved in the Unfinished Church in the grounds where Canon John lived as a child; Helen and I are from Lyme Regis, which is twinned with St George’s, and so on. It was quite a journey, but we knew God was with us.”

The Reverend Tyte has now joined the Anglican Church of Bermuda’s clergy team as associate priest of Smith’s Parish, which is the neighbouring parish and just a few minutes away from St George’s.

After eventually receiving his work permit, Gavin, Helen and their youngest son Keir, aged 13, had just a week to make the move to Bermuda, taking the last three seats on the final flight before the islands went into lockdown due to the coronavirus pandemic.

“It was meant to be though, and we are thrilled to be here — servicing the local church and community as best we can given the restrictions surrounding shelter-in-place,” said Gavin.

The Reverend Tyte was licensed by the Right Reverend Nicholas Dill, Bishop of Bermuda, on April 3 in a virtual service held at St Mark’s Church. It was the first of its kind for Bermuda’s Anglican church, a result of the social-distancing protocols and restrictions on public events imposed in March.

Since his arrival, the Reverend Tyte has assisted the church in becoming a more tech-savvy ministry – a necessity during the current pandemic.

He said: “It has been a very strange beginning to our ministry here, but I have a strong background in online ministry, audio, and video production and so it has been a real blessing to be able to use my gifts and talents to support the Bishop and the other Anglican clergy.

“It meant we were able to get up to speed with online worship and we have been able to do other things, such as produce an all-age video magazine.”

The Reverend Tyte and his family are now looking forward to meeting parishioners face-to-face when restrictions are lifted.

“We are very much looking forward to meeting people – sharing food, fun, laughter and the love of God,” he said.

“The warmth of the welcome we have received from everyone has been truly incredible. We are here to serve and I suppose that is the crux of it. We want to be a blessing to all – to be used by God for his purposes.”

New rector to take up position next week

A NEW team rector for the 12 Golden Cap parishes, which include Lyme Regis and Charmouth, will shortly take up his position. […]

Town honours seafaring heritage at Blessing of the Boats

LYME Regis honoured its lifeboat crew and seafaring organisations in a poignant and moving ceremony on Sunday.  […]