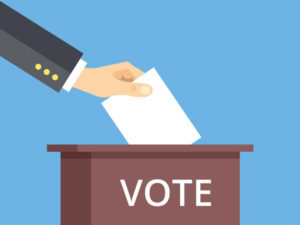 AN election will be held to fill a vacancy on Lyme Regis Town Council.

Dorset Council announced yesterday (Wednesday) that the necessary 10 electors had made a request for an election before the deadline of January 15, meaning Lyme Regis will go to the polls rather than have the vacancy filled by co-option.

The vacancy arose after Leon Howe was removed from the council having not attended meetings for six months.

An election for his replacement will not be held until May 6 – tying in with Police and Crime Commissioner elections – due to COVID-19 restrictions.

Some doubt has been cast over whether local council and PCC elections across the country will go ahead in May, with the virus still gripping the country. But Dorset Council this week assured residents it was putting plans in place to ensure that polling stations would be safe.

A spokesperson for Dorset Council said: “We have received the relevant 10 requests from electors for the vacancy to be filled by election.

“As on the notice, the election will not take place until 6 May 2021, subject to any further delays made at national level on elections.”

The notice of election will be issued at the end of March, when nominations can be made.

The role of mayor is a difficult one that requires support

HAVING read that the mayor, Brian Larcombe, has resigned, I would like to wish him and his family all the best for the future. […]