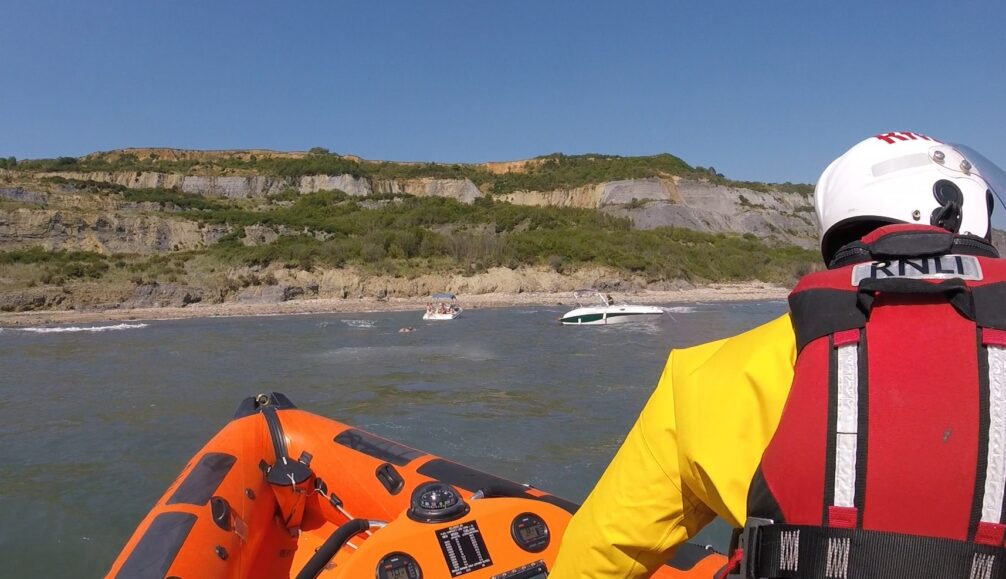 EIGHT people were rescued by Lyme Regis lifeboat crew yesterday (Saturday) after their speedboats ran aground at Black Ven, east of the town.

It was the second consecutive day of call-outs for the volunteer lifeboat crew.

The lifeboat crew towed both boats and those aboard – eight people including adults and children from two families – back to the safety of Lyme Regis harbour where they were spoken to by local coastguards.

Both vessels had suffered engine and steering damage. One was only bought the previous day by the family and they had never been to sea before.

Lifeboat senior helm Tim Edwards said: “When we arrived on scene we found that both speedboats had run aground, disabling their gearboxes and their engines.”

The lifeboat launched at 2.40pm and the rescue operation ended at 4pm.

Lyme Regis lifeboat taken away for refit, but 24/7 service will continue

VOLUNTEERS who operate the RNLI lifeboat in Lyme Regis took delivery of a new lifeboat on Monday. […]

Emergency services continue to work together to tackle COVID-19

A RAFT of emergency services and public agencies are continuing to work together to keep the public safe and informed during the COVID-19 pandemic.   […]