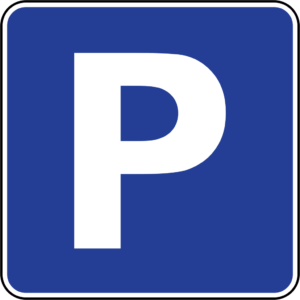 DORSET Council wants to give some clarity after changes to its car parking charges were announced – and says there are no plans to reconsider the decision.

A spokesman for Dorset Council said: “Following recent commentary on our confirmed forthcoming changes to car parking charges, we’d like to take the opportunity to clarify what is happening and clear up some confusion.

“The changes to parking charges will come into effect in early 2021. There are no current plans to review or reconsider this decision.”

The statement was made after some councillors said they were unhappy with the decision to increase charges, which was made by Cllr Ray Bryan, portfolio holder for Highways, Travel and Environment.

Lyme’s representative Cllr Daryl Turner said the decision was made without consultation and asked for it to be reviewed.

But Dorset Council has now said the decision will not be reviewed and it has answered some frequently-asked questions about the parking charges.

Question: Won’t these changes double the daily fee across Dorset?

Answer: All existing car park tariffs will remain unchanged except for Lyme Regis (Charmouth Road and Holmbush) and West Bay (East Beach, Station Yard and West Bay Road) where car park charges will be increased from £2 for all day parking to £4. The last review of charges in these popular visitor destinations was in April 2014.

Question: Why has this been done without consultation?

Answer: As charges are an operational matter, Dorset Council is not required to consult. The decision to change car parking charges was made by Cllr Ray Bryan, who states: “I made this operational decision following information from officers, using my powers as portfolio holder for Highways, Travel and Environment.

We wrote to town and parish councils on Friday morning to inform them of these forthcoming changes, while simultaneously issuing communications to Dorset Council members and the public so they can hear the news directly from us well in advance of the changes coming into effect.

If these changes were proposals or part of a consultation, we would have engaged with councillors at an earlier stage to discuss. That said, I give my assurance to all Dorset councillors and town and parish councils that they will be fully involved in the wider policy review of car parking charges early next year.

Question: Won’t these new charges hit the local economy at a time when it needs help?

Answer: Shoppers across Dorset who park to do shopping during daytimes on weekdays and Saturdays will see no changes at all in parking charges.

Parking charges in Lyme Regis and West Bay will increase from £2 to £4 for all day, but we expect this to have a greater impact on visitors than shoppers. For example, short stay car parks are available in Lyme Regis, charged at £0.70 for 1 hour and £1.60 for 2 hours.

The decision to extend the chargeable period by two hours (from 6pm to 8pm) and to introduce paying to park on Sundays applies to car parks in eight locations: Beaminster, Blandford, Bridport, Dorchester, Gillingham, Shaftesbury, Sherborne and Sturminster Newton. The Sunday parking decision was made to provide consistency across the Dorset Council area, bringing these car parks into line with other council-run car parks.

Dorset Council is also looking to introduce a council-wide shoppers’ permit which will provide good value parking for Dorset residents, in turn supporting the local economy. The permit has run in West Dorset for 23 years and provides shoppers with discounted parking in short stay car parks to help them shop locally. A shoppers’ permit consultation will start this autumn to help evaluate the proposal.

A public consultation on proposals for a new council-wide shoppers’ permit will be launched shortly.

A review of the policy for car parking charges is planned for early next year. This will look at all charges across Dorset Council-run car parks as well as permits, season tickets and any other new incentives alongside wider parking charge changes.

Dorset Council members will be fully involved in this with the opportunity to shape the new policy, which will align the new costing strategy with the local plan, transport plan and the climate and ecological action plan.

DORSET Council, in partnership with Public Health England, has launched a locally supported contact tracing system for the area. […]