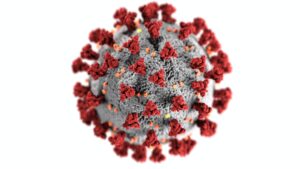 THE latest official figures have revealed that Lyme Regis, Charmouth and the Marshwood Vale has 27 cases of COVID-19.

The Office of National Statistics figures show new cases by specimen date for the seven days up until January 8. The 27 cases reported in Lyme Regis, Charmouth and the Marshwood Vale area is an increase of 17 on the previous seven days.

The Kilmington, Colyton and Uplyme area had 14 cases in the seven day period up until January 8, an increase of eight on the previous seven days but still well below the national average case rate.

To the east, the Chideock and Burton Bradstock area had 13 cases, which had decreased by six compared to the previous seven days. Bridport and West Bay has six cases, an increase of two, and Bridport North had 12, a decrease of 21.

The latest figures on coronavirus-related deaths show there were no deaths in the Lyme Regis, Charmouth and Marshwood Vale area up until November 2020, and none in the Kilmington, Colyton and Uplyme area.

There was one in the Chideock and Burton Bradstock area, three in Bridport, 10 in Axminster and 12 in Seaton.

As case numbers continued to increase in most areas around Lyme Regis, local GP Dr Forbes Watson has released a video appealing to the public to stay at home and follow guidelines.

He said: “NHS services are under very great pressure at the moment and we really need you to play your part and stay at home.

“The most important action we can all take is to stay at home, protect the NHS and save lives. If we all adhere to this government guidance then we will reduce transmission and protect the most vulnerable in our community.”

Proof that you can have fun in lockdown

FOR a brief few hours life seemed good again. A party in the garden bedecked with patriotic flags, lots of sandwiches and a cream team, numerous jugs of Pimm’s – and a good old sing-song. […]

LYME Regis Skittles League has been suspended until further notice due to the coronavirus pandemic. The following statement was issued today by league secretary Mark Williams: “The skittles committee have decided that under the current […]