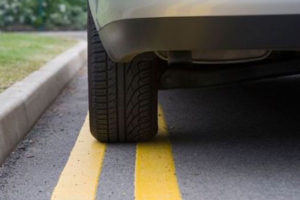 LYME Regis councillors have agreed they need to take a comprehensive look at residents’ parking in the town.

The issue was raised when residents of Avenue Road put in a request to the town council to introduce a residents’ parking scheme, similar to that already in place in nearby Anning Road and South Avenue, due to the increased difficulty in finding spaces outside their homes.

Dorset Council is the highway authority and would make the final decision on any such matter, but would not do so without the support of the town council.

Councillors said they sympathised with the residents of Avenue Road, but were concerned that introducing residents’ parking schemes to street after street would have a “knock-on effect” in other parts of the town.

Councillor Cheryl Reynolds, a resident of Manor Avenue, said that if a residents’ parking scheme was allowed in Avenue Road she would be requesting the same herself for Manor Avenue, North Avenue and Bay View Road, where it was also difficult to park.

“It will just snowball,” she added.

She said she believed part of the parking problem was that many houses on the residential estate were being used as holiday rentals and Airbnbs, which she did not think was allowed in ex-council houses.

Councillor Stan Williams said the entire residents’ parking scheme had been flawed since it was digitalised, adding that many Anning Road residents had told him it was no longer effective.

“It’s very complicated and it will be difficult to keep everyone happy,” he added.

Members agreed that a comprehensive review of the whole residents’ parking issue was needed, rather than looking at one specific road.

The council will now be requesting an urgent meeting with Dorset Council’s communities highways officer to discuss the issue further.

PLANS for new beach huts on Lyme Regis seafront have been given the go ahead, including one with disabled access. […]

OUR new council administration started its new five-year team this week. The town took to the polls on May 2 to elect 14 councillors from the pool of 16 candidates, with a turnout of 44.56 per cent. […]

Election will be held to fill town council vacancy

AN election will be held to fill a vacancy on Lyme Regis Town Council.  […]