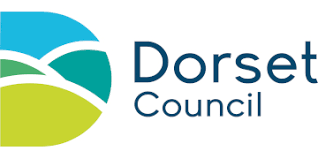 HAVE you ever thought about standing as a local councillor? Now’s the time to find out more, before Dorset goes to the polls on Thursday, May 2 to elect the 82 members of the new Dorset Council.

Dorset Council chief executive Matt Prosser explained: “Councillors play a key role in local democracy. They are the voice of their communities and help shape future services for the benefit of local people.

‘There’s lots of information on what’s involved in being a councillor at dorsetcouncil.gov.uk/become-a-local-councillor. The webpages explain who can stand for election, the nomination process and what councillors do.

“There is also practical information on the time commitment, allowances and support provided. It’s a great insight into what councillors can expect of Dorset Council, and what local people can expect of their councillors.’

The nomination period to stand in the May 2 Dorset Council election opens on Monday, March 18 and the deadline to put your name forward is Wednesday, April 3.

Current district and county councillor Daryl Turner has already announced he will be standing as a Conservative candidate for the Lyme Regis and Charmouth area.

AS part of the ‘Love Your Verge’ campaign, Dorset Council has published a series of videos to explain its approach to roadside management in Dorset. […]

OVERWHELMING support for Lyme Regis Tourist Information Centre was shown in a recent public consultation, the results of which have been published by Dorset Council today. […]