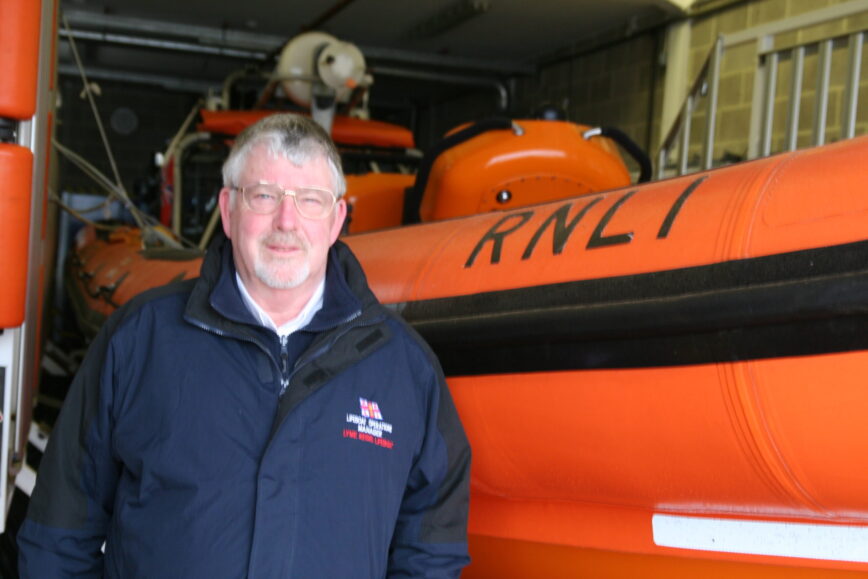 THE man at the helm of the RNLI lifeboat station in Lyme Regis has praised his volunteer crew after a “challenging but successful year”.

In a review of 2020, lifeboat operations manager Nick Marks said: “We managed to meet our aim of maintaining  an effective life-saving service throughout year. No calls for help were missed through non-availability of our lifeboat or crew members in the most difficult of circumstances.”

Mr Marks said the year had started well but became increasingly challenging as COVID-19 established itself and threatened to interrupt the 24/7 lifeboat service, proudly delivered by the RNLI since 1824.

Lyme Regis lifeboat station went into lockdown early in the crisis – the station was closed to visitors, strict COVID safety measures were put in place and training, both ashore and at sea, was suspended. These measures were needed to protect the crew and boat as much as possible.

Mr Marks added: “With the arrival of summer the crew became very busy  answering an unprecedented number of shouts as the south coast filled with visitors.”

By Christmas the lifeboat had launched 45 times – an increase on the 33 shouts in 2019 – to answer a variety of emergencies involving swimmers, walkers, kayakers and power boat users.

Their 46th call of the year came this week, when a major rescue operation was launched to rescue three people stuck on the cliffs between Lyme and Charmouth.

But, said Mr Marks, there were also calls “most frustratingly to inflatable plastic dinghies which should never have been at sea”.

An additional casualty of COVID, said Mr Marks, was the ability to recruit new crew members.

Recruiting will start again when the pandemic is over. Seagoing crew, either male or female, should work or live within ten minutes of the lifeboat station, be between 17 and 50 years old and be prepared to commit to a rigorous training programme.

The lifeboat crew’s fundraising efforts were obviously affected by the pandemic, with Lifeboat Week having to be cancelled in the summer, but the RNLI shop at the station still reported a successful year, announcing in November it has raised £48,000 during 2020 despite having to close for several months due to lockdown.

COASTGUARDS and the RNLI in Lyme Regis have issued another stark warning to people risking their lives as they ignore the dangers of the Jurassic Coast. […]

A PILOT has suffered potentially life-changing injuries after a light aircraft crashing on the Devon and Dorset border, near Lyme Regis. […]