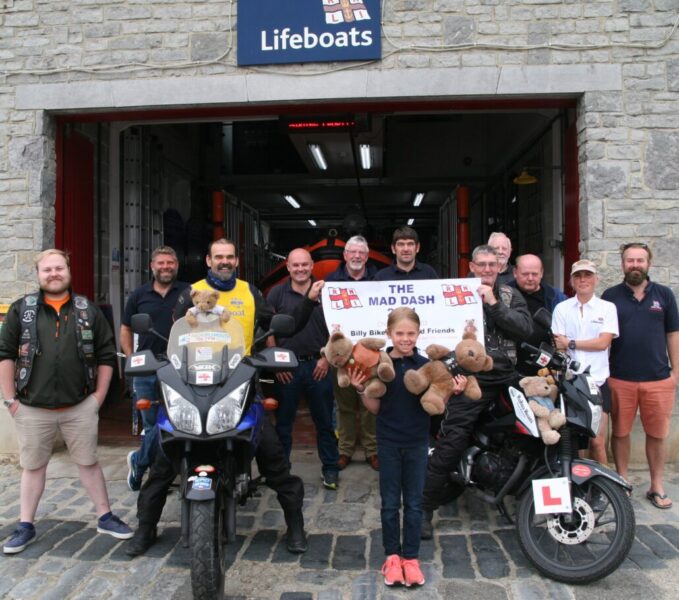 TWO motorcyclists visiting 24 RNLI lifeboat stations in the South West, in what they called a Mad Dash over four days, rode into Lyme Regis on Sunday as they started the last leg of their journey.

Lyme Regis was the 21st station visited by Stuart Morrissey and Paul Brady.

The two men, both from Plymouth, set out from Dartmouth on September 2 to raise funds for the RNLI and to mark the 40th anniversary of the Penlee lifeboat disaster, in which 16 people died.

Stuart, who works in mosaics, has raised a total of £89,000 for various charities in recent years.

He said: “I have had a few medical issues but I simply enjoy helping others whose needs are greater than mine. But I am also a keen angler and I might need the RNLI one day.”

Stuart and Paul were met by several members of the volunteer crew of Lyme Regis lifeboat (pictured above).

Heatwave and a hectic diary – it must be summer!

WITH barely any events to cover last year, I had almost forgotten what the hectic summer months in Lyme Regis felt like. […]

SOMEONE seems to have taken a shine to the eyes of the yellow welly dog that has become a major attraction outside the lifeboat station in Lyme Regis.  […]

MEMBERS of Lyme Regis lifeboat crew, their families and friends welcomed Christmas on Saturday, December 8 at their annual dinner and presentation night. […]