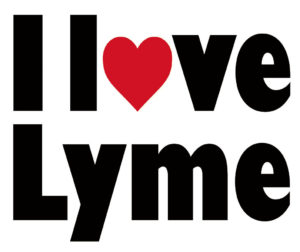 AERIAL displays, live music and fireworks will all feature as part of a new summer event in Lyme Regis.

I Love Lyme Day will be held on Thursday, August 16, bringing together local organisations and fun family events.

The highlight of the day will be displays from the RAF Falcons – the British military parachute display team – and the Flying Circus – a formation wing-walking team.

The programme also includes sand sports, a five-a-side football tournament on the beach, and an over 60s walking race along the seafront.

Children can take part in a pavement art competition on Marine Parade, follow a quiz trail around the seafront, and get the I Love Lyme Day logo painted on their faces.

The day will come to a spectacular end with live music in the shelters from the Guitars on the Beach band, and a firework display over the Cobb.

I Love Lyme Day is being held instead of Community Week, when the Red Arrows were expected to perform in Lyme Regis.

Organisers were told in March the aerobatic display team could not come to Lyme Regis because the date they applied for – August 16 – had been allocated for the Arrows’ engineering works.

It is hoped I Love Lyme Day will appeal to local residents, as well as attract visitors to Lyme Regis.

Councillor Cheryl Reynolds, chairman of the town council’s Tourism, Community and Publicity Committee, said: “It was a great disappointment to find out the Red Arrows would not be coming to Lyme Regis, so instead, we’ve tried to come up with a programme of fun family events.

“I Love Lyme Day is aimed at both residents and visitors, and is intended to benefit local businesses and the local organisations taking part.

“We hope it will be a real community event, when we can all come together and take part in some fun events to remind us all why we love Lyme Regis.”

Most of the events will be free and prizes can be won on many of the activities.

The final programme of events is being finalised and timings of events will be released in the coming weeks.

Already confirmed are the RAF Falcons display at 4pm, and the fireworks at 10pm.

THE new eat:Lyme Regis festival became the first major event to be staged in the town for over a year today (Saturday).  […]

IT may not have been beach weather but there was still been plenty to entertain the youngsters over the Easter holidays, as Lyme Regis hosted its first Children’s Week. […]