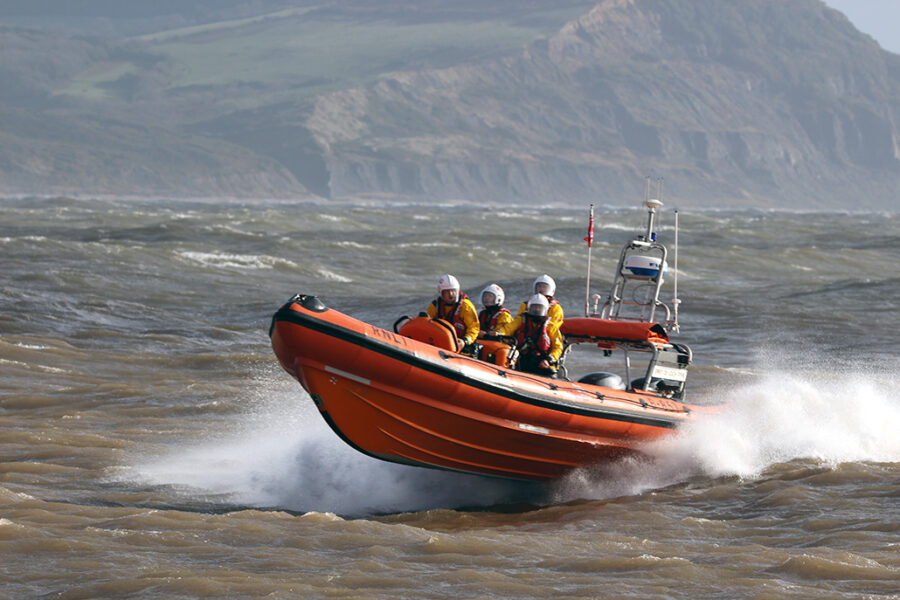 The lifeboat launched at 8.45pm on Thursday night, following reports of a missing person at Seaton Hole. The crew arrived and conducted a shoreline search along with the local coastguards, but nothing was found.

Whilst at sea, the coastguard contacted the lifeboat crew to assist with a second incident involving a vulnerable person at West Bay. However, this incident was resolved prior to the lifeboat arriving.

On Friday, the lifeboat launched at 2pm to reports of two people in trouble swimming in the sea 250m from Seaton beach.

The crew were quick to arrive and discovered that the swimmers were fine but were waving to friends ashore and not waving in distress.

The lifeboat had only just been put in the station when the pagers sounded again, and they launched at 3.20pm to reports of two young people on paddleboards drifting away at the mouth of the River Axe in Seaton.

The crew arrived swiftly and ensured the safety of the paddleboarders back to the shore.

This was the 30th emergency call to the Lyme Regis crew so far this year.

If you see someone in trouble in or near the sea, call 999 and ask for the coastguard.

THE body of a man was found in Seaton on Wednesday, September 25.  […]

EMERGENCY services are attended an incident at the bottom of Broad Street in Lyme Regis yesterday (Wednesday). […]

LYME Regis lifeboat crew’s funds have been given a welcome boost thanks to two local fundraisers. […]