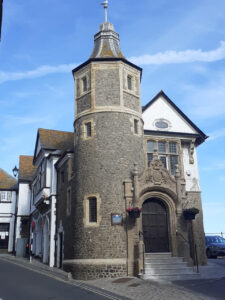 IT is hoped that personal differences between Lyme Regis town councillors can be put to bed once and for all at an ‘away day’ monitored by an independent facilitator.

After months of infighting, walk outs and accusations of lying and bullying, town councillors were taken on an ‘away day’ last year – a private meeting out of the Guildhall to allow members to discuss issues more freely.

But tensions in the council chamber have continued, and now an independent facilitator will be brought in, with hopes they will put to bed unresolved issues going back some 10 years.

Town clerk John Wright has called for all elected members to give their backing to the away day, recently reporting that there “was already some dissent” towards it.

He said there were still issues in the council chamber and members had to find a way to exercise them and they had to “own it”.

Cllr Cheryl Reynolds expressed concerns over the cost of employing a facilitator and questioned whether it was necessary, saying that members could sort out their issues between themselves if everyone came together.

At the last away day, it was agreed that members would discuss their issues privately at the end of the meeting, but Cllr Reynolds said this had not happened.

The town clerk said in the 10 years he had been with the council, there had been issues in the council chamber which had never been resolved, and if the council had to spend some money to try and resolve these, it would be “money well spent”.

He added that members had shown they could not do it themselves.

Cllr Rob Smith agreed that members needed to commit to changing and improving the culture of the council, although he acknowledged it would not be resolved at the event itself, and would be a continuous reinforcement of how to behave.

Cllr Brian Larcombe said that away days came at large expense and time, and with the idea that everything would be different afterwards, but there had to be a buy-in from everyone as nothing changed after the last event.

However, Cllr Larcombe also questioned whether a facilitator was necessary.

Mr Wright said the facilitator “could tell some home truths and things people didn’t want to hear”, but acceptance would be the starting point for change.

Cllr Richard Doney acknowledged that there was a need to raise the council’s reputation and said this would come as a consequence of doing good work.

He felt members needed to think about what they wanted to achieve and that the council was missing clear statements of what it was trying to achieve.

He felt there were issues in the chamber because members didn’t have the big issues to focus on as a team or a future mindset.

The town clerk said that, as well as discussing behavioural issues and personal differences, the day would also be an opportunity for councillors to think about what projects and objectives they wanted to achieve over the next two years, before going out to public consultation.

Several members said they backed the proposal for an away day, as they felt they owed it to residents to resolve the issues.

The town clerk has been working with chair of the council’s Human Resources Committee, Cllr Gill Stammers, to prepare a brief and they have now selected their preferred facilitator, with hopes of holding the away day after the council’s summer recess.

Members agreed this would be an ongoing process and it would require more than a day with a facilitator to improve behaviour and attitudes.

The town clerk agreed and said he would expect the facilitator to keep in touch with the council to reinforce what had been learnt on the day.

LYME Regis Town Council has reported that some of its staff have been subjected to abusive and aggressive behaviour from dog owners. […]

A LYME Regis councillor has said she feels “distressed, embarrassed and unsafe” at council meetings and will not be attending until members’ behaviour is addressed. […]