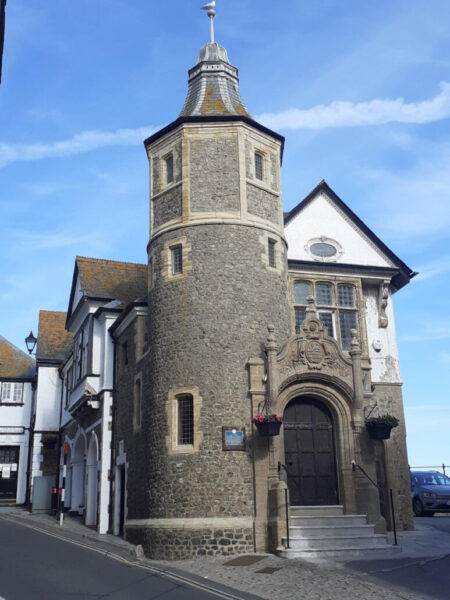 LYME Regis councillors have been told that one of the biggest risks to the town council is their own behaviour.

Following months of in-fighting and personal disputes – which recently led deputy mayor Kelsey Ellis to resign as she called out her colleagues for childish behaviour, bullying tendencies and discrimination – town clerk John Wright has highlighted members’ behaviour as one of the main concerns in his annual report on risk management.

Only half the council members were present at Wednesday night’s meeting to receive the report and they noted it with no discussion on the issues raised.

Since the local elections of May 2019 and autumn 2020, Mr Wright said there was a positive and constructive atmosphere in the council with very little conflict.

However, since the beginning of 2021, he reported that “the behaviour of some councillors, along with associated tension inside and outside the council chamber has become a distraction and has created a negative public perception about the town council”.

His report presented to councillors this week continued: “This is despite a commitment from all councillors to accept collective ‘rules’ about behaviour. Some members do not seem to recognise it is their behaviour that is adversely impacting on other councillors and staff.”

He addd that the the behaviour of some members was “adversely affecting the well-being, participation, and decision-making roles of other members”, as well as member-officer relations.

Mr Wright continued: “Generally, along with a preoccupation with detail and history, debate can drift from subject matter. While the council still manages to deliver core policy objectives and business priorities, if the level of tension and division in the council chamber persists, then this could be compromised.

“The report later added: “Inevitably, the views of 14 independent members will be disparate. Increasingly comments made by some members go against the grain of what the council is trying to achieve and sometimes translate into negative headlines about the council and the town.

“On occasions, some members appear to want to embarrass the council and its officers.”

The deterioration in relationships between some members was listed as one of the most challenging risks currently face by the council, along with the following:

Not thinking through implications of decisions

Commenting on debate and decision-making, Mr Wright said that councillors sometimes made decisions without thinking through their implications.

He added: “As a consequence, a significant amount of member and officer time has been spent managing the consequences of those decisions.

“Members need to remain mindful of the implications of the decisions they make.

“Similarly, having invested a significant amount of time developing agreed objectives, some members and officers continue to add issues to the ‘to do’ list.

“To some extent this is inevitable, but there’s a ‘tipping point’ where new issues begin to push aside agreed objectives, core business activities and reduce the time set aside for responding to unforeseen events.

“In addition, unplanned expenditure has an adverse impact on the council’s budget. Members and officers need to be mindful of not approving new and unbudgeted priorities.”

Mr Wright report acknowledged that there were also some “officer failings”, adding: “Previous problems with financial control, timely processing of invoices and delays in undertaking bank reconciliations are resolved but problems remain with the timely actioning of objectives and projects. COVID-19 is still a consideration.

“These observations are beginning to become critical to the well-being of this council and its functionality.”

However, Mr Wright said that his observations were not necessarily unique to Lyme Regis Town Council, adding: “The issue which is critical for any organisation is the extent to which it recognises its shortcomings, commits itself to doing something about it and then follows through with actions.”

On a more positive note, Mr Wright reiterated that previous issues with financial control had been identified by the internal auditor and had been resolved.

He continued: “Overall, I believe the town council has sufficient internal controls to allow it to achieve its objectives and undertake its business.

“The integrity of the council is good. In particular, previous concerns about breaches in confidentiality have reduced significantly.

“As well as the town clerk, the support services manager and operations manager are CiLCA qualified.

“In addition, the council has and is supporting employees to gain additional qualifications, e.g. level 4 and 5 qualifications in accountancy and human resources management for the assistant finance manager and support services manager, respectively.”

THE town council is appealing to West Dorset to reconsider its policies regarding dogs on the beach in Lyme Regis. […]

HOPES of preserving the ancient Guildhall have been raised as our proposals to protect it from large vehicles have won vital support. […]