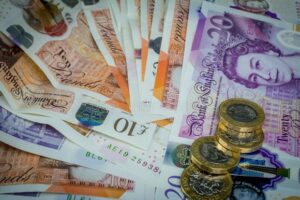 LYME Regis Town Council has approved grant agreements totalling £43,000 for six local organisations, but LymeForward will have to wait for its funding as councillors decided they needed to discuss this further.

The annual grants were initially approved for a five-year period in February 2020, but the council reviews its agreements with beneficiaries on a yearly basis.

At the latest full council meeting – the first meeting following the summer recess – members agreed to go forward with this year’s grants as follows:

The council noted that COVID-19 restrictions meant that grant recipients had not been able to act in accordance with their initial grant applications, but moving into a post-COVID era meetings had been held with all organisations to consider future compliance with their grant agreements.

It was reported that, while a meeting had been held with LymeForward, the council still had to identify specific objectives for the community interest company and it was therefore agreed to delay its funding of £10,000.

The objectives are expected to be set by the Tourism, Community & Publicity Committee on September 29, an can then be included in the grant agreement for further consideration.

Earlier this year, town councillor Belinda Bawden raised concerns about the management of LymeForward, which runs the town’s foodbank and other community projects.

In particular, Cllr Bawden, who was the council’s representative on the organisation, said there had been a “lack of governance” and high turnover of volunteers, staff and directors at LymeForward.

This resulted in a public spat with chair of LymeForward, Sue Davies, who accused Cllr Bawden of an “unremitting campaign of serious victimisation, intimidation and persecution”.

She made two formal complaints against Cllr Bawden to Dorset Council’s monitoring officer, both of which were deemed to be unfounded, but Cllr Bawden was replaced as the council’s representative on LymeForward by Cllrs Michaela Ellis and Tara Webb.

TWO candidates have put themselves forward for a vacancy on Lyme Regis Town Council. […]

THE youngest ever member of Lyme Regis Town Council, Kelsey Ellis, has won her first chairmanship.  […]