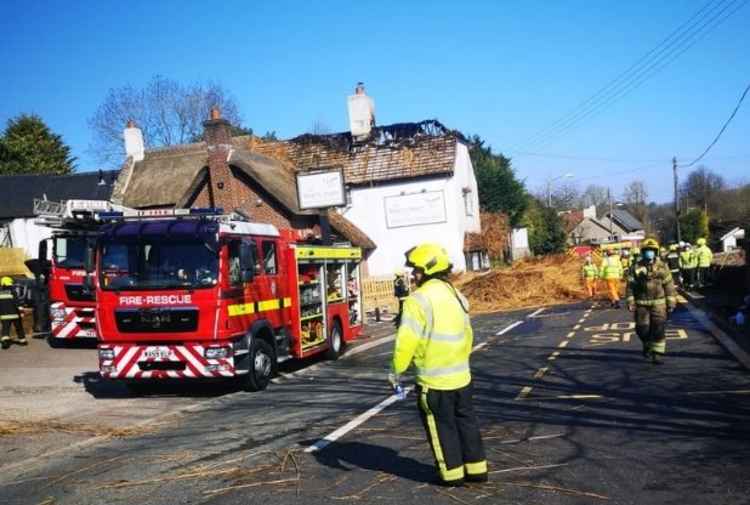 LYME Regis and Charmouth were among 20 crews called to a pub fire in Wilmington, near Axminster, yesterday (Sunday).

Eight crews from Honiton, Axminster, Colyton, Ottery St Mary, Seaton, Charmouth, Lyme Regis and Sidmouth were sent, along with a water carrier and an aerial ladder platform from Danes Castle, a welfare unit from Crediton, a high volume pump and an environmental protection unit from Taunton, an incident command unit from Wiveliscombe and an incident support unit from Martock.

On arrival, the first crew assessed the scene and requested another four pumps, which were sent from Exmouth, Bridport and two from Middlemoor, and crews went about making a fire break in the thatch using four compressed air foam lances, four ladders, six breathing apparatus and four hose reel jets.

The Bridport crew were salvaging the owners’ possessions and valuables.

Just after 2pm, the officer in charge requested another three engines, making it 15 pumps. These came from Cullompton, Newton Abbot and Chard.

Just before 2.40pm the fire break and salvage was complete and crews continued to strip the thatch in the affected area of the roof.

The fire was reduced to eight engines at 4.30pm and at 5.25pm, progress was still being made stripping the thatch from the roof and preparing to cover it with salvage sheets. It was reduced to six fire appliances.

Owners are now today calling on members of the community for help as they embark on a major clean up mission.

“All the team here will work very hard to try and get the pub open for next week. But we need your help,” a post on social media said.

“We need anyone that has a little time to spare that could maybe come along to the White Hart and help us to clear the garden and grounds.

“If you can help, please bring a brush, a rake or a wheelbarrow. Also mobs, buckets and cloths would be helpful.

“We also have a car park full of thatch that we need to move somehow – if you have any ideas, please let us know.” 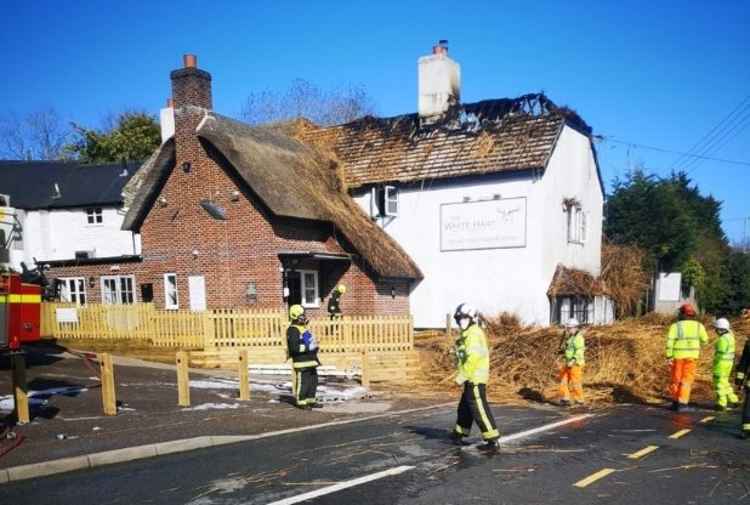 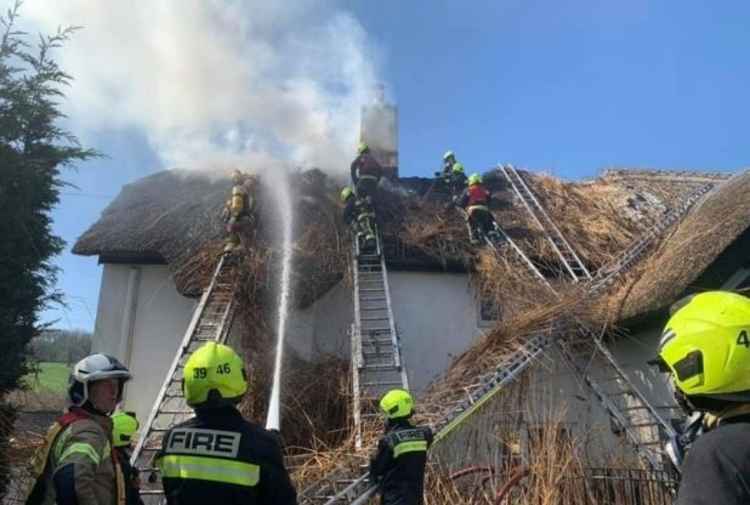 DORSET Police are asking members of the community to respect the ‘Rule of Six’ both indoors and outdoors this Halloween. […]

Lifeboat called to another inflatables incident

LYME Regis lifeboat crew was launched on Thursday afternoon following reports of two people in difficulties on an inflatable 600m off Freshwater Bay, near Bridport. […]

DORSET Police has seen a 2.3 per cent drop in recorded crime, according to new figures released last week. […]