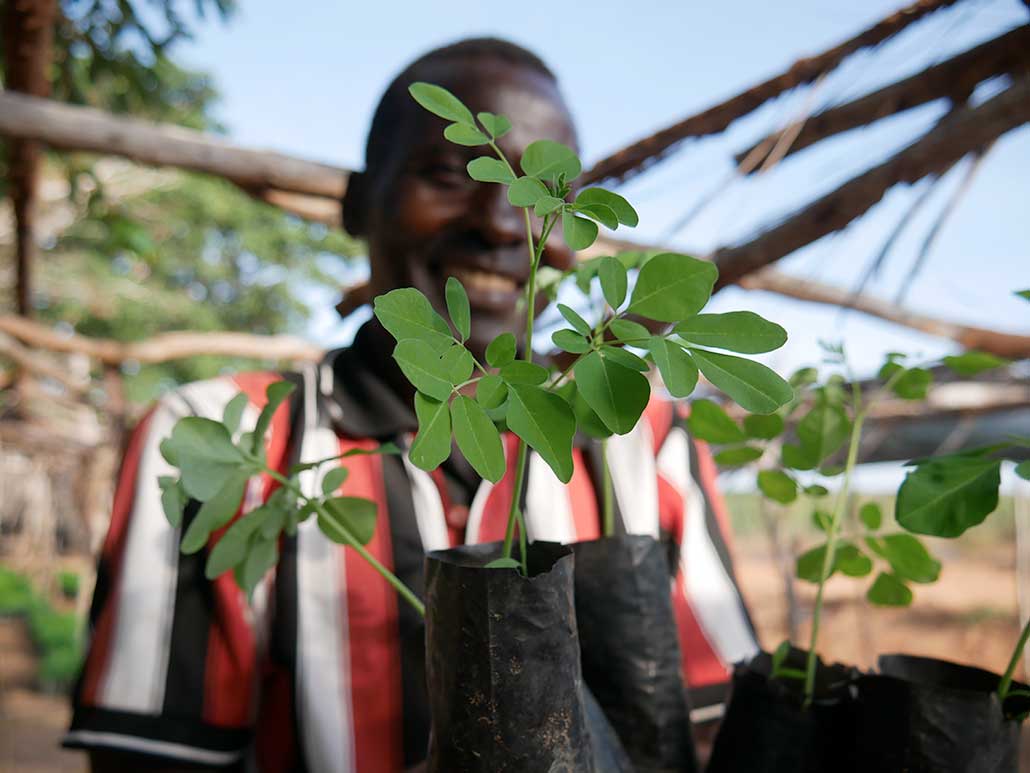 The premiere took place at the Marine Theatre and it played to a packed auditorium, raising about £2,000 which enabled 800 trees to be planted and building materials to be bought for a classroom the charity will be building in rural Kenya.

The Word Forest CEO Tracey West said: “The planet is in dire need of more trees. Putting aside for a moment deforestation from greedy corporates and thoughtless actions from governments who should be hell bent on protecting their existing canopy cover. Over in Australia, 12 million hectares have been decimated by forest fires, some of which are still burning.

“They’ve claimed the lives of at least one billion animals too. How does our planet even begin to recover from that magnitude of biodiversity loss?

“A good start would be masses of planting in the tropical zones, where trees grow up to 10 times faster than anywhere else on the planet.”

The Word Forest trustees decided to put the 45-minute film ‘#TreesAreTheKey’ on general release with a free screening licence to raise awareness of the urgent need for more tropical forests.

They hoped it would encourage eco-friendly groups and schools to put on fundraising screenings, and it has worked.

Film showings are taking place as far away as New Zealand and Toronto, as well as closer to home in Charmouth, Axminster and Thorncombe.

The charity is now looking for more help to spread the message even further.

Tracey said: “‘#TreesAreTheKey’ is spreading the word about the vital role trees play in stabilising the planet’s weather systems. It tells the story of why we need to plant more trees in the tropics too, and why we absolutely have to support the amazing people who are tending the forests. They’re quite literally living on the frontline of climate change.

“By hosting a screening and having a donations bucket and offering delicious refreshments, these film showings are raising vital funds and getting more trees in the ground, whilst giving people an enlightening night out.”

Rikey Austin of Alice’s Bear Shop in Lyme Regis is the ethics trustee of The Word Forest.

She commented: “Please share news of ‘#TreesAreTheKey’ on your social media feeds and ask, ‘could you put on a screening?’ If it’s nearby, our team will come along and give a Q&A at the end.

“Whether it’s a handful of friends in your living room, or a packed out village hall, every penny we manage to pull in matters.”

To watch for free or for more information, visit www.treesarethekey.com or to donate visit www.wordforest.org/donate

Charmouth Explorer Scouts will host a screening of ‘#TreesAreTheKey’ to raise awareness of the cause.

The screening will be held on Friday, March 6 at Charmouth Village Hall in Wesley Close, with doors opening at 7pm. Entry costs £2.50 to cover the cost of planting a tree and further donations would be welcome.

The film will be followed by a question and answer session, refreshments and raffle. The Scouts will also help you calculate your carbon off setting for travel or holidays.

Join the fight against plastic with Boomerang Bags

A NEW initiative that started in Australia has arrived in Lyme Regis to further advance the town’s commitment to reducing single-use plastic. […]

DORSET Council is making efforts to reduce the amount of single-use plastic used in its offices. […]

SEVENTY-five years after American GIs dug a bore hole to extract natural spring water running deep beneath a bluebell wood in Uplyme, it is flowing once again in support of the Plastic Free Lyme Regis campaign. […]