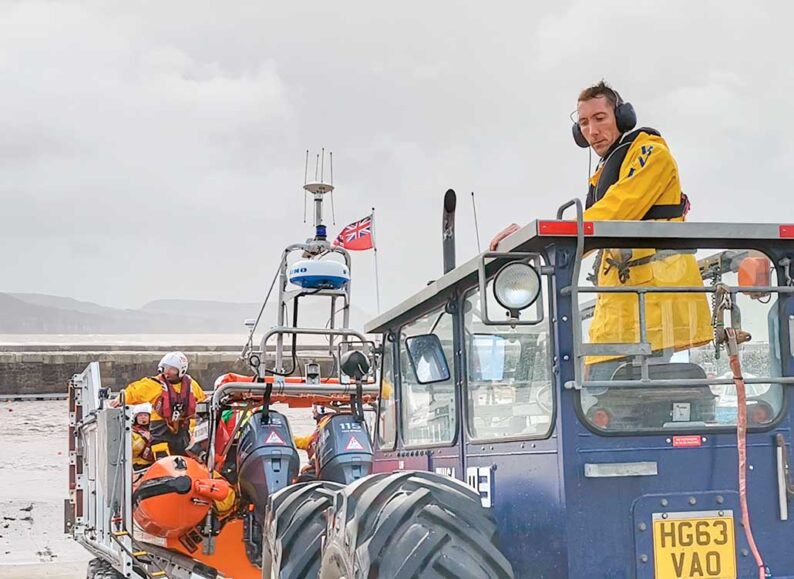 LYME Regis lifeboat was launched on Friday afternoon to a report of a man in the water in difficulty at Seaton, Devon.

The volunteer crew were quick to launch, only eight minutes after being requested by HM Coastguard at 1pm.

The lifeboat arrived in Seaton less than 15 minutes later and were able to locate and rescue the man, who was wearing a drysuit and lifejacket with bright colours.

The volunteer crew returned with the man to Lyme Regis lifeboat station.

Lifeboat helm Murray Saunders said: “We were able to get to Seaton quickly considering the rough seas. It was a good job the man was wearing appropriate protective clothing and a lifejacket. This helped when we began searching and were able to rescue him rapidly.”

The lifeboat crew returned to Lyme Regis harbour with the casualty aboard safe and well at 2pm.

AS the COVID-19 restrictions ease, it is anticipated that many people will head to coastal locations and inland water beauty spots. […]

A TEAM of cyclists from Dorset & Wiltshire Fire and Rescue Service will be tackling a 155-mile challenge on Thursday (September 17) to raise money for the blood cancer charity DKMS. […]