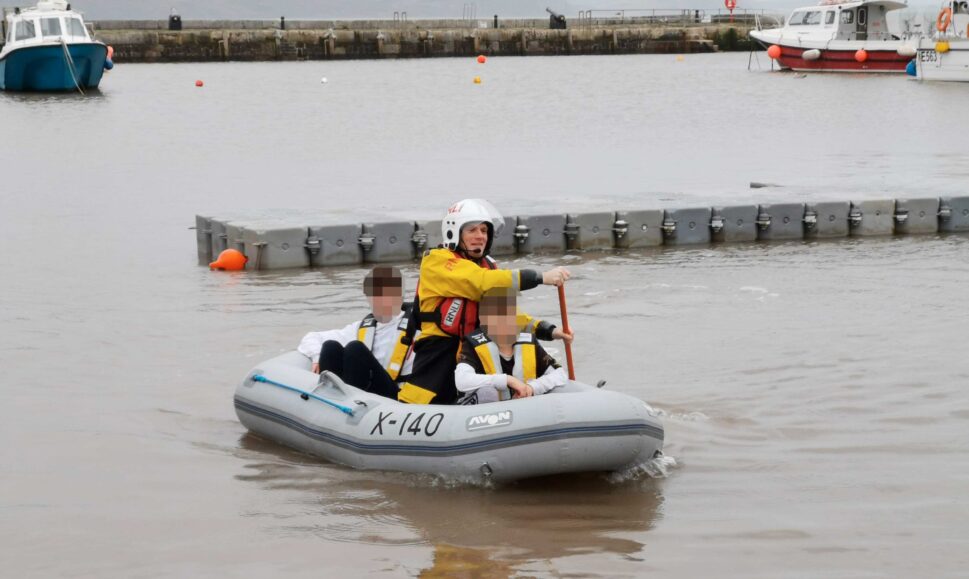 THREE teenage boys were assisted by Lyme Regis lifeboat crew on Saturday, after their inflatable boat deflated in the town’s harbour.

The boys, two aged 13 and one 14, had taken their inflatable dinghy out in the harbour but were left stranded on a pontoon after it deflated.

The lifeboat crew were alerted at 4.55pm and crew member Rich Tilley rowed the station’s X-boat – a ten foot inflatable – across the harbour to collect two of the boys. The third had already made it to shore safely.

The boys were said to be “rather wet and apologetic but otherwise unhurt”.

This was only the second shout of the year for Lyme Regis lifeboat crew, and as yet the main ‘Spirit of Loch Fyne’ lifeboat has not had to be launched for an emergency during 2020.

Call made to Dorset Police increasing over summer months

DORSET Police are offering advice on when to make a 999 emergency call, as the number of calls increase over the summer months. […]

NEW recycling tubes has have been installed around the Cobb and North Wall in Lyme Regis to improve the health of our marine environment.  […]

TWO teenagers and a 22-year-old man were arrested following an incident at Monmouth Beach car park in Lyme Regis, during which a police officer was assaulted.  […]