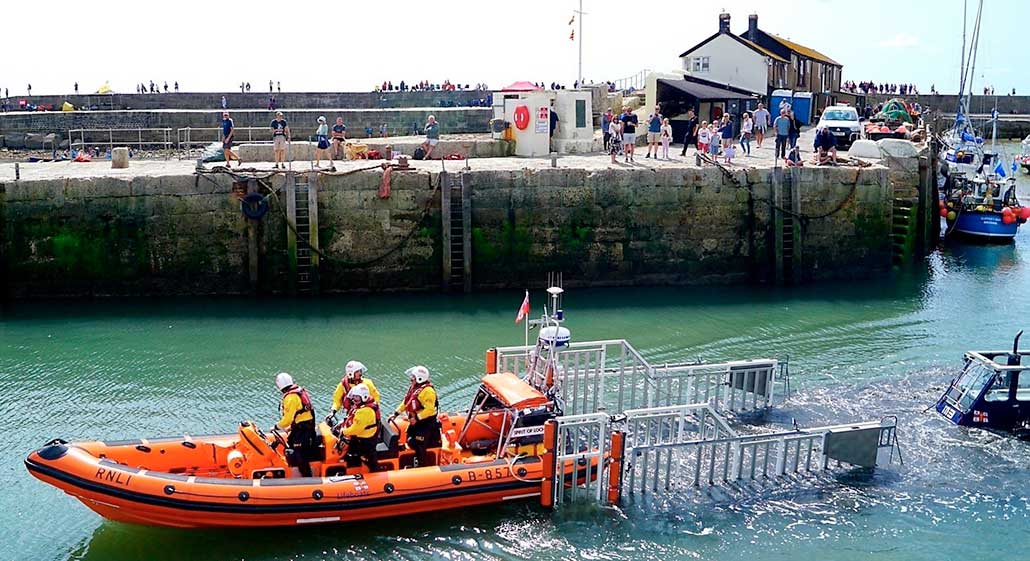 The crew were called to Axmouth harbour at about 1pm after reports that two kayakers had fallen overboard and were clinging on to the vessel.

They reached the shore just as the lifeboat arrived on scene. The crew checked they were okay before standing down.

Coastguards also met the couple to offer safety advice and ensure they had the right equipment.

About Francesca Evans 2551 Articles
Francesca grew up in Lyme Regis and has worked in community journalism in the area since 2011, having gained a First Class Honours degree in journalism and her NCTJ qualifications at Southampton Solent University.
Instagram Twitter

LYME Regis lifeboat crew’s dramatic rescue of two teenage boys who were being swept out to sea will feature on the BBC series ‘Saving Lives at Sea’ this month. […]

A FORMER diving instructor who was once rescued by a lifeboat crew has joined the volunteer RNLI team in Lyme Regis. […]

BORIS is back – not before, I suggest, major cracks were about to appear within the fractious ranks of the Tory party, including Cabinet members, over the necessity to give details of how and when lockdown measures could begin to be lifted. […]