HARBOUR dredging in Lyme Regis has been delayed further, as to not interfere with the Queen’s Platinum Jubilee celebrations.

It was originally announced that the annual dredging work would get started at the end of April. Dorset Council then said it would start on May 17, but it has now been delayed further until at least June 6.

This is to ensure that the work does not impact on the Platinum Jubilee celebrations in Lyme Regis, which will include the BBC Big Band Orchestra playing on the beach.

If there are no other delays, the work should be completed by June 24, but the work is heavily dependent on the weather.

Dredging is essential maintenance and ensures safe, navigable channels are maintained in the harbour.

The dredging work has often been a cause of complaint in Lyme Regis, with tourism and hospitality businesses arguing it is often carried out too late in the year and disrupts the season.

Dorset Council has said there were problems in obtaining licences for the work from the marine agency and in talks with Natural England, which is why the dredging was not carried out earlier this year.

Preparatory work had already started to ensure the dredging and beach replenishment in 2023 is started earlier in the year.

Others have raised environmental and health concerns about materials from the harbour deposited across the sand beach and into the the main swimming area during the dredging.

Dorset Council has always maintained that harbour dredging does not affect the water quality in Lyme Regis, and the material deposited is “mainly sand with a small amount of organic matter” that looks black in colour as it has not been exposed to the air for a long period.

Cllr Ray Bryan, portfolio holder for Highways, Travel and Environment, said: “Our harbours are a vital resource for Dorset’s residents and businesses – as well as a major attraction for visitors – so it’s important that they are well looked after.

“Dredging is a key part of our maintenance programme and these works will ensure our harbours remain safe and accessible for all who use them.” 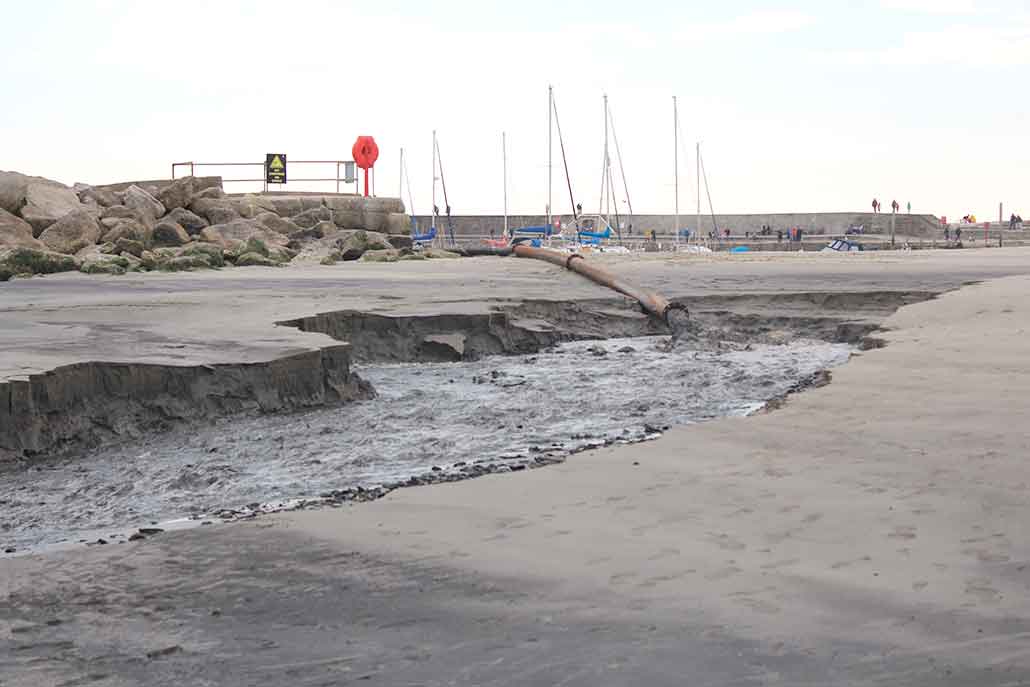 FIGURES for Lyme Regis harbour were down this year with a predicted overspend of £75,600 – partially due to a series of south easterly winds which stopped pontoons being used and unexpected repairs. […]

Further to my letters in March and April last spring, I am appealing to you not to dredge the harbour into the waters of the sandy beach or onto or under the sand this year. […]

WEST Dorset District Council has committed a further £220,000 for a new harbourmaster’s office in Lyme Regis, bringing the total cost of the project to £480,000. […]