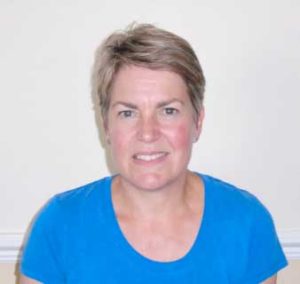 A FORMER chairman has rejoined Charmouth Parish Council, taking up one of the four vacancies that were left unfilled after the May elections.

Jane Bremner, the owner of Wood Farm Caravan Park, served for eight years on the parish council, taking the chairmanship between 2013 and 2015, following in the footsteps of former long-serving chairman Mallory Hayter.

Mrs Bremner told LymeOnline that she was pleased to back on the council and wanted to put something back into the community, but she had no intention of seeking a position of influence.

She stood down as a parish councillor after eight years in the hope that someone younger might come onto the council, but that had proved not to be the case and the council had struggled for new members ever since.

She said: “There clearly is no appetite among young people to come forward which is a great pity. It would be great if some younger voices came onto the council so different opinions would be represented.”

Mrs Bremner will be serving on the playing field, cemetery and street management and human resources committees.

Council chairman Peter Noel said he was delighted Mrs Bremner had rejoined the council, saying her experience in local government would be a great asset to the parish council.

When the parish council elections were held in May, only seven candidates put their names forward for the 11 seats, so there are still three vacancies to fill.

The next full meeting of the parish council will be held on Tuesday, September 24 to which all parishioners are invited to attend.

Residents told to stand for council rather than criticise

CHARMOUTH Parish Council chairman Peter Noel has urged villagers to become a councillor rather than sitting on the sidelines “having a moan”. […]

HAVING secured the services of an experienced former councillor and chairman to boost their declining ranks, Charmouth Parish Council has now lost another valued member. […]