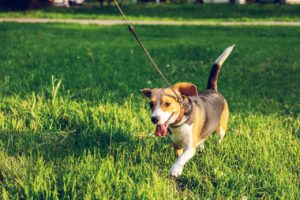 REGULATIONS surrounding dogs on Lyme Regis beaches has become one of the most contentious local issues of recent years, but one member of the public said she was more concerned about dogs in the cemetery at this week’s council meeting.

Speaking in the public forum at Wednesday night’s meeting, King’s Way resident Diana Hunt said recent incidents of dogs fouling on or around graves in the cemetery were “vile” and “disgusting”.

She commented: “If you’re there early in the morning, honestly it looks like Crufts. This is a burial ground and it’s no place for dogs.

“Please spare a thought for mourners, undertakers and council workers who cut the grass.”

She commented: “When I approached a member of the council to request some fencing in the cemetery, I was fobbed off with the excuse that there was no available money, and judging by the variety of causes this council chucks money at I found that hard to believe.

“This town is seriously lacking in its own dog warden, not someone who has to do a variety of other tasks or someone who comes from Weymouth.”

Mrs Hunt went on to praise the town’s former dog warden Derek Hallett, commenting: “He was marvellous; he was everywhere, missed nothing and was never afraid to tackle anyone. He got loads of abuse but always stuck to his guns.

“Now this problem is in the limelight can we ask for more than a few signs and address the problem for what it really is, as it’s only going to get worse?

“Is it not time the council thought about the good of the town long-term instead of funding bottomless-pit projects?”

Mrs Hunt said she “was not bothered” about dogs on the beach, but felt dogs in the cemetery was a much bigger concern.

The Mayor of Lyme Regis, Councillor Brian Larcombe MBE, said the council was actively looking at this issue and it was not true that there was no money to deal with it.

He added that members were “appalled” by any defecation on graves and said that they were in the process of installing a sprung gate at the Elizabeth Close entrance to the cemetery, as it had been reported that some residents let their dogs off lead to run around the cemetery.

The council was also looking into low-level fencing to line the paths of the cemetery.

Councillor Larcombe said the town council could not ban dogs from the cemetery unless Dorset Council’s Public Spaces Protection Order, which also covers dogs on beaches, was changed.

A public consultation is currently underway to determine whether changes should be made to current regulations.

Looking ahead to the next five years

WE’RE looking ahead to the next few years with renewed energy as the local community has shown its support for the projects we’re hoping to achieve. […]

A COUPLE and their toddler were showered with smashed glass on Marine Parade in Lyme Regis, after one of the new glass panels on the flat roof area above was broken. […]

CHERYL Reynolds will make a return to the council chamber in Lyme Regis, after standing for election uncontested. […]