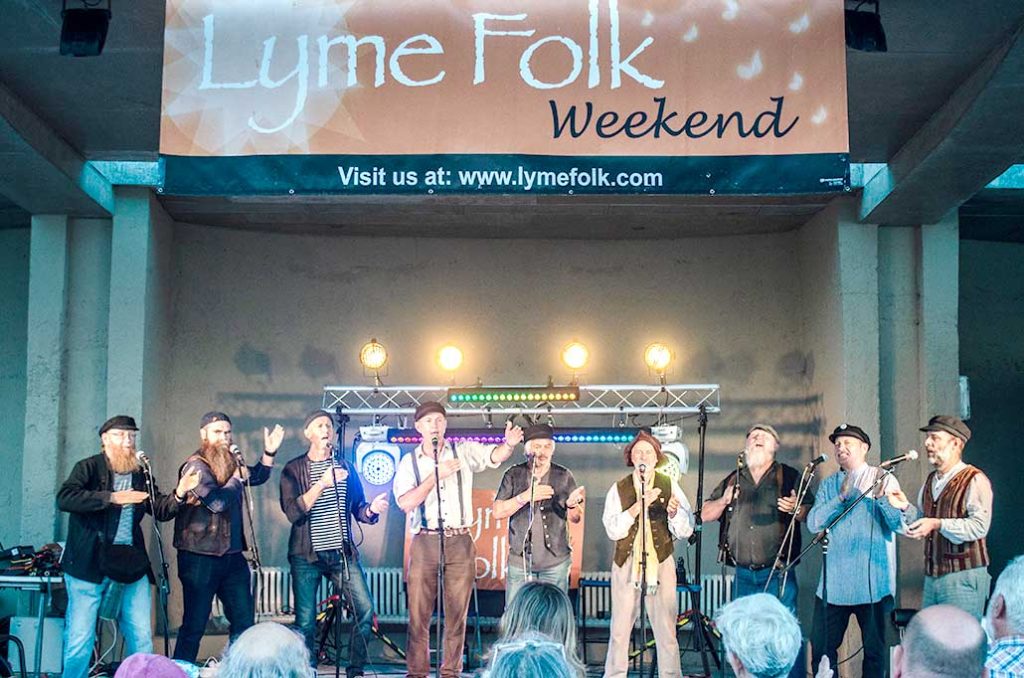 LYME Folk Weekend 2018 was declared “the best ever” by organisers after a brilliant three days of music, dancing and other activities all around the town.

The festival included three sell-out headline shows at the Marine Theatre, along with three full days of free entertainment on the seafront and in other venues around the town.

Festival director Jeremy Hayes was in no doubt that this was the best Lyme Folk Weekend in the event’s six-year history, and was thankful that the sun shone nearly all weekend.

“We were so lucky with the weather,” he said. “It made all the difference with the outdoor events on Marine Parade, and it was great to see people in such large numbers enjoying the entertainment.

“There was so much talent on show – some amazing local people, and also some hugely talented visitors, including our newest friends, The Lost Quays, who came all the way from Fremantle, Australia, and were such a big hit with the audience on the seafront.

“It’s lovely to see groups like The Lost Quays, who have a huge reputation in Australia, performing alongside our own singers like Harbour Voices. There seemed to be a real connection between the two groups which I hope will last a long time.

“We are grateful to the people of Lyme Regis who gave our visiting acts such a warm welcome, and also to the council, who this year gave us a little help with the financing of the free events.”

Are these assets or liabilities?

SOME disappointment but a great deal of incredulity in the Guildhall this week when it was confirmed that there will be no transfer of assets currently owned by West Dorset District Council to the town council. […]

Sun shines as Guitars On The Beach goes green

DESPITE poor weather forecasts, the sun came out just in time for crowds to enjoy the seventh annual Guitars On The Beach. […]

Catch up with guest writer @Sophia_Moseley's busy life in her latest 'Working Lyme to 5' blog on the LymeOnline website #lymeonline #lymeregis #dorset https://t.co/Y5kn4I4G9Y
View on Twitter
0
3