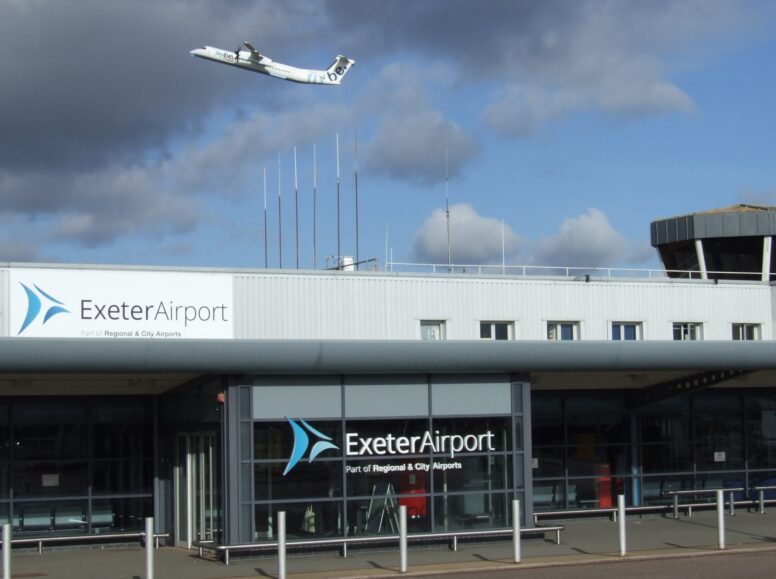 LOCAL MPs and council leaders have united in messages of disappointment and sadness following the announcement that South West-based airline Flybe has gone into administration.

Flybe, Europe’s biggest airline based at Exeter Airport, collapsed into administration in the early hours of this morning (Thursday).

All flights have been grounded and passengers are advised not to go to the airport unless they have booked a new flight with another airline.

The collapse could leave thousands of people stranded across the UK and Europe, and has also seen about 2,000 staff members lose their jobs.

The news comes despite the government’s intervention last month in a bid to support the troubled airline. The effect of the coronavirus on bookings is thought to have played a part in the airline’s demise.

West Dorset MP Chris Loder commented: “Exeter Airport is crucially important to the South West, a region that in so many ways has been left to trail behind the rest of the UK when it comes to transport links.

“It is vital to those working and living in West Dorset and neighbouring East Devon, enabling them to travel onwards to domestic and European destinations whether on business or pleasure.

“It is also a key connection for incoming visitors to the South West and any threat to its future will have a knock-on effect to tourism and the economy of the region.

“I am very sorry about the inevitable job losses created as a result of this announcement and will do everything I can to support those affected, as well as to encourage other airline operators to pick up on the opportunity to work with us here in the South West.”

Simon Jupp, MP for East Devon, added: “My thoughts are with the hard-working Flybe staff at Exeter Airport at this difficult time. I will do everything possible to support them.

“The government offered to help secure the future of the airline and I’m deeply disappointed by the decision taken by Flybe’s shareholders. It is essential other operators now come forward to take over routes from Exeter Airport to secure jobs and lifeline transport links for our region.”

Council leaders have also expressed their concerns following the collapse of Flybe and iterated their support for those affected.

Councillor Rufus Gilbert, Devon County Council Cabinet member for economy and skills, said: “We’re extremely saddened by the announcement that Flybe has gone into administration. It is a hammer blow for our local economy and devastating for Flybe employees and passengers.

“Our priority is to ensure that support is available for those affected by job losses, and we will be working with our partners. We hope that government and the industry can act swiftly to ensure that these vital links from Exeter Airport can be maintained.”

Councillor Ben Ingham, leader of East Devon District Council, added: “This is very sad news and has huge significance for the district and the wider region. My first thoughts are for the people who have lost their livelihoods. We will work closely with our partners to provide a redundancy support programme for all those affected.

“We will also engage with national government to ensure that there is a package of support to mitigate the impact of this economic shock and to ensure that Exeter Airport continues to perform its vital role in providing connectivity to key destinations and markets.”

Exeter City Council has offered its support to employees of the collapsed airline, with leader Phil Bialyk saying he was “devastated” by the news.

“I’m devastated for all the families who’ve got jobs at Exeter Airport – well over a thousand here in Exeter alone and 2,500 in general across the country – that has an impact,” he commented.

“All those families are going to be worrying about what is going to be happening next to their career and their livelihood.”

Cllr Bialyk said the City Council was working closely with its partners to see what could be done for all those involved.

He added: “We will be there and available. We will see what we can do as a city, first and foremost.”

AFTER working for various Dorset micro-breweries, Emma Davies became an award-winning brewster known for her love of bold flavours and the use of interesting and foraged ingredients. […]

SEVERAL business in the Lyme Regis area are reaching out to customers in new ways as the coronavirus emergency takes hold. […]

Blimey! I’ve been awarded a gong!

FIVE weeks ago there was an official looking envelope on our doormat when we arrived home, headed ‘On Her Majesty’s Service’. My wife Jackie handed it to me with a stern look, saying “now what have you done!” And then she smiled. […]